A fitting tribute to the founding father of the ACG

A fitting tribute to the founding father of the ACG

CRICKET: A memorial game was held at the Alan Cooke Ground in Thalang last Sunday (Jan 9) to honour the memory of the ground’s founding father, who passed away on Dec 8. 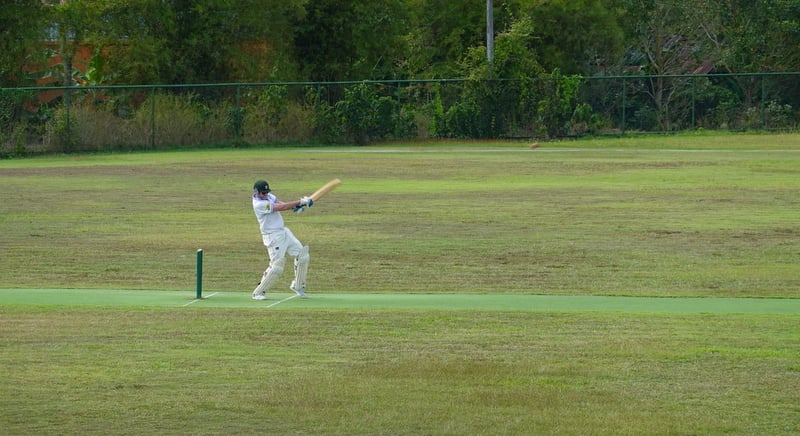 Van Blerk turned back the clock and turned up the heat last Sunday. Photo: Jin Siri

A Rest of the World (RoW) collective eased to victory with a score of 205/4 and took the “MBE” trophy and simultaneously the series lead (2-1) over Asia in game three of the 30-over, best of five series.

Following the recent passing of Alan Cooke MBE it was decided to create a yearly memorial match with the MBE trophy in his name at stake.

The RoW side, boasting a handful of newcomers to Phuket cricket, put in a true team effort, with every player chipping in with either bat, ball or in the field. Many of the veterans in the team also managed to get some valuable runs and time in the middle, which will set them in good stead as they attempt to clinch the series over this weekend against what is a very strong Asia team.

Asia opened the batting but RoW started very strongly with the ball. Newcomer Oliver Fitch (3/50) bowled excellently in his first cricket match in over five years, showing good pace, competitiveness and little mercy for young Ishaan Viswanathan (0), whose stumps were shattered by a Fitch thunderbolt before he picked up the key wicket of Manish Sadarangani (10) with a terrific caught and bowled effort.

Paddy Ledeboer (2/25), who opened the bowling, picked up a couple of wickets and is fast becoming a key all-rounder for the RoW while fellow opening bowler Jason Robertson (2/24) was of course excellent, as usual.

Just when the Asian side had seemingly given up hope of posting a decent score, Mayur Deuskar (84*) strode to the crease to set his highest score to date, helping his team post a very competitive 204 all out, an excellent fightback after being 23-4 early on.

As the RoW took to the crease, what little momentum Asia had picked up through Deuskar’s bat was quickly snatched right back by a rampant Gonzo ‘Fat Tony’ Van Blerk (50), who scored his first meaningful runs in living memory, for any team.

‘Fat Tony’ seemed to send anything that came his way back past the bowler’s head with increasingly uncompromising vigour. When he eventually fell for a swashbuckling 50, to an almost unplayable delivery from Pir Sami (1/40), the foundations had been laid and he left his opening partner Michael Flowers (60*) to anchor the rest of the innings and see his team home with 7 overs to spare.

Cameos from Ledeboer (32*) and Aidan Wood (16) came in late to join Flowers, the latter having earlier bowled the longest over in ACG history (16 balls). Wood made up for the rather expensive over nicely with the bat in his return to cricket after another lengthy layoff.

Game 4 takes place on Sunday (Jan 16) with a 10:30am start and should be a competitive affair with the series on the line. Full COVID-19 health and safety protocol will be employed at the ACG and spectators are welcome, with select food items, beverages and live sport available.

Phuket Cricket is always looking for new players so anyone interested please contact Phuket Cricket or ACG Phuket through their respective Facebook pages for more information.