Thousands turn out for Phuket Bike for Dad 2015

Thousands turn out for Phuket Bike for Dad 2015

PHUKET: Governor Chamroen Tipayapongtada presided over the 2015 Bike For Dad opening ceremony and led the 5,635 bikers along the 29-kilometre “Route of Good Fortune” on Friday (Dec 11). Thousands of cyclists took to the streets on Friday for the Phuket Bike for Dad event. Photo: PR Dept 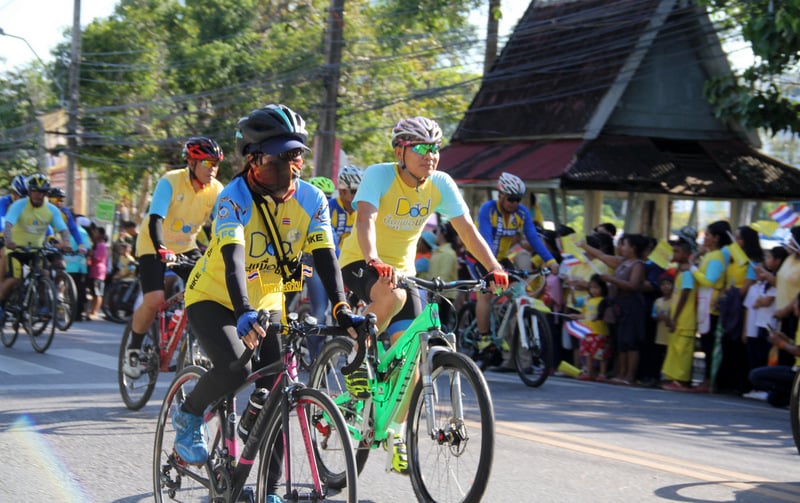 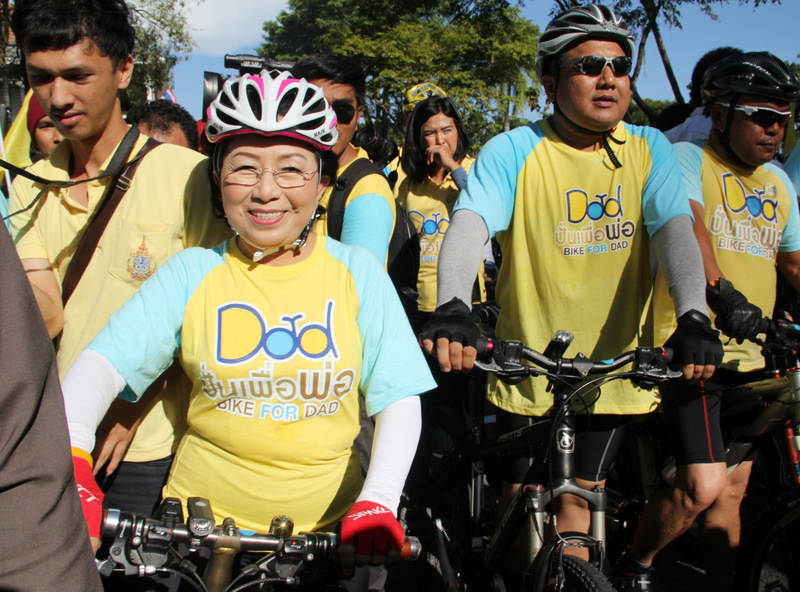 A host of well-known officials turned out for the event. Photo: PR Dept A total of 88 cassia trees were planted at Wat Chalong in honour of His Majesty. Photo: PR Dept

The historic event was held in honour of HM King Bhumibol Adulyadej’s 88th birthday on December 5.

The cyclists rolled off from Phuket Provincial Hall at 3pm, proceeded to Chalong Circle then returned to Provincial Hall, stopping off at Wat Chalong for a rest break en route.

At the famous temple, Gov Chamroen led the mass planting of 88 cassia trees in honour of His Majesty.

“The cassia tree is a symbol of our nation and 88 represents His Majesty’s birthday – and all this is for our beloved King,” Gov Chamroen said.

As the bikers rode through Saphan Hin on the return leg, more than 20,000 supporters lined the roadside, with locals Thais and tourists together cheering them on and waving yellow royal flags.

The cyclists arrived safely at Phuket Provincial Hall at about 6pm.