Thailand's whitening creams: Comfortable in your own skin?

Thailand's whitening creams: Comfortable in your own skin?

PHUKET: It’s been a dark few weeks for skin-whitening companies in Asia. Mew Mew with a skin-whitening product. 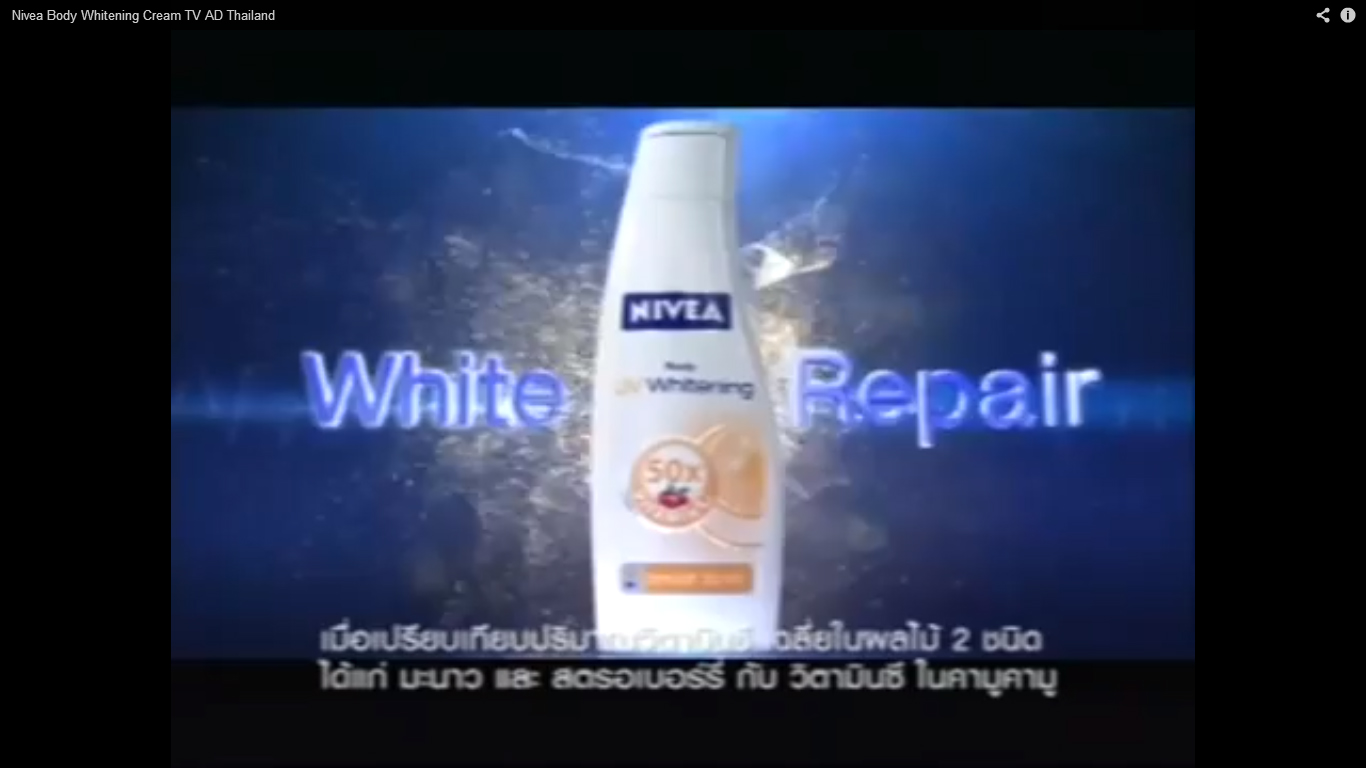 First there was the October 23 public apology by Japanese cosmetics giant Kanebo, following their shocking announcement that around 15,000 consumers of their skin-whitening creams had developed blotches on their skin.

A day later, Thai cosmetics company Citra Thailand rejected allegations that their campaign to find the university girl with the whitest skin – officially, the ‘Citra Search for Clear, Soft and Glowing Skin’ – was not promoting racial discrimination, or implying that white was good and dark was bad.

In fact, a brief stroll through the cosmetics section at any supermarket, a flick through any Thai magazine, or even just watching local TV, it is quite easy to see why Thailand’s online populace disagreed – having white skin is big business in the Kingdom.

Former model Phatsorn ‘Mew Mew’ Akaradejthananant has four branches of her Rassarin beauty and cosmetic stores in Phuket; one in Patong and three in Phuket Town.

As well as numerous anti-ageing creams and lotions, Mew Mew’s other big sellers are her Rassarin-branded skin-whitening creams. All of her products are made in Phuket.

She stresses to The Phuket News that all ingredients used are safe and legal, such as vitamin C, vitamin B3 and kojic acid.

The latter is a mild inhibitor of pigment in plant and animal tissues. It is used in various foods and cosmetics to preserve or change colours of substances.

It also increases skin sensitivity and decreases the amount of melanin in your skin, meaning users must be careful about being out in the sun.

Mew Mew says she sells her Rassarin products mostly to young Thai women, though she does also have male and foreign customers of all ages. However, the results are not standard across the board.

“People have different skin colours, so it’s impossible for everyone to have white skin.

“For many with dark skin they choose to have the glutathione injection which is very dangerous. This gives the skin a brighter tone. We do not offer it here.”

The injection was not originally intended for its whitening effect though.

According to online medical site WebMD, “Healthcare providers give glutathione as a shot (by injection into the muscle) for preventing poisonous side effects of cancer treatment (chemotherapy) and for treating the inability to father a child (male infertility).”

In a recent interview with The Bangkok Post, to promote a series of lectures he was giving in the capital, Canadian physician and glutathione expert Dr Jimmy Gutman, said, “In North America people don't want their skin to be whiter than it is.

“It's kind of disappointing to see people here trying to use glutathione to whiten their skin. Besides, the fact is that taking it orally as a pill or powder doesn't work – it's a waste of your money."

He also questions the safety of injecting the substance for the sake of vanity. "In the ER, we inject a drug that raises glutathione level as an antidote to paracetamol overdose," he said.

"If you use it as an injected whitening agent, it's not very physiologically effective because cells have an innate intelligence to limit the amount of glutathione produced. So there's no point raising it to a high level and moreover we don't know about the long-term safety."

Although not illegal, the US Food Drug Administration has also not classified glutathione as 100 per cent safe. Despite this, there are many clinics on Phuket that do offer the service.

Mew Mew believes that one of the reasons Thai women go through such risk in the pursuit of perceived beauty is to feel better by “looking better”.

“All the actresses and singers on TV are white. Thai women feel more confident and like to compare with their friends to see who is whiter.

“They think it’s more beautiful to have white skin.”

As ever, beauty is in the eye of the beholder.