PHUKET: The Department of Royal Rainmaking and Agricultural Aviation will continue their efforts to help replenish Phuket’s main reservoirs despite the ongoing campaign resulting in “little to moderate” rainfall landing in the key catchment areas. 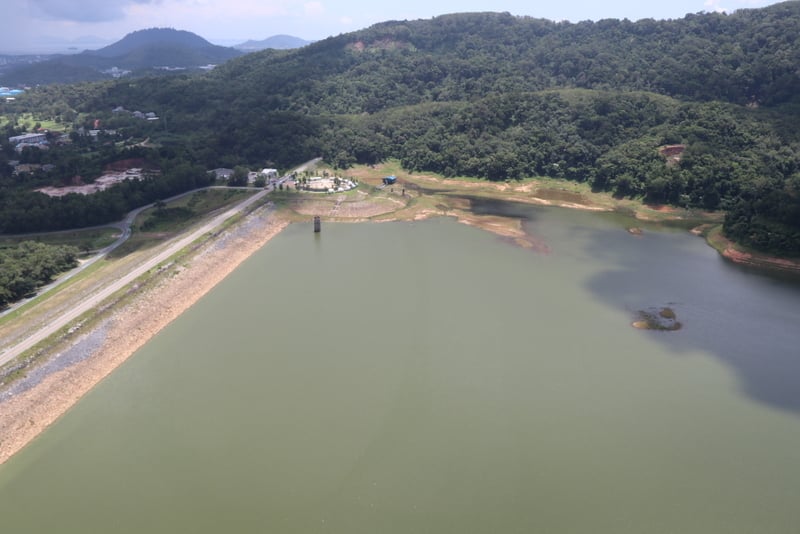 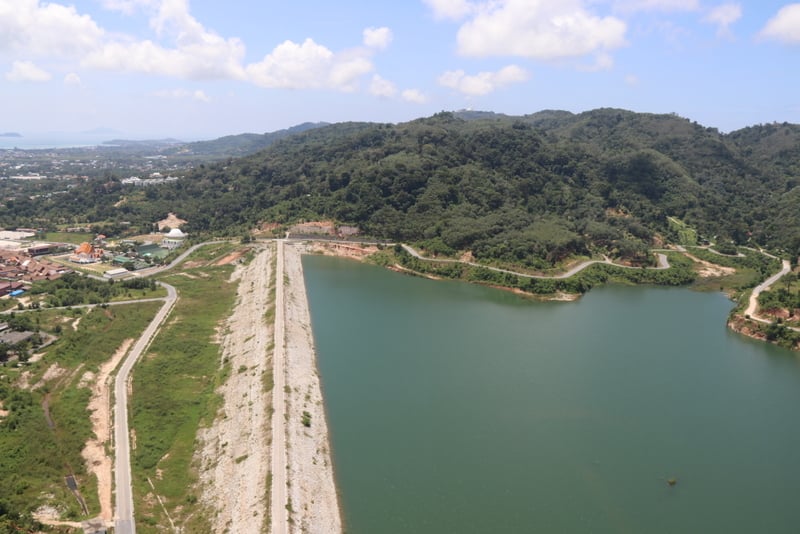 The news came today (Sept 21) as Phuket Governor Phakaphong Tavipatana joined a sightseeing tour to view the reservoirs from above.

The Royal Rainmaking Operations Center in Surat Thani began the Phuket campaign on Sept 5, using a CN 235 plane to seed clouds in the hope to replenishing the reservoirs

However, it was reported today that the result so far has been “little to moderate rainfall in Phuket”, with an estimated total of more than 300,000 cubic meters flowing into all three reservoirs.

The major obstacle in the operation has been strong wind speeds causing the cloud development in Phuket to move out of the catchment area of the three reservoirs, Mr Tan explained.

“However, the Royal Rainmaking Operations Center will continue its rainmaking operations to help,” he added.

Governor Phakaphong noted that the Bang Neow Dum Reservoir is only 10% full, while the other two main reservoirs also had only a small amount of water flowing into their catchment areas.

As of today (Sept 21), the Office of National Water Resources (ONWR) reports that Bang Wad reservoir in Kathu currently contains 1.51 million cubic metres (m3) of water, about 14.78% of its 10.2m m3 capacity.

Only 0.63mn m3 of that is usable water, the ONWR reported.

The ONWR does not report the volume of water stored in the Khlong Kratha reservoir in Chalong.

“Officials will continue to assess the situation, and will proceed to replenish the water levels at all three reservoirs as much as possible,” Governor Phakaphong said.

“And we request that people use water as economically as possible,” he added.

“In this regard, government agencies will take the best care and solve the problem so that the people will not be affected by this.

“We ask for cooperation from people to use water economically,” he repeated.

The aerial inspection of Phuket’s reservoirs today follows the news on Tuesday (Sept 17) that Cabinet had approved the B3.5 billion proposal to build a water-supply pipeline from Phang Nga dedicated to serving Phuket.

Provincial Waterworks Authority (PWA) Phuket branch Manager Graisorn Mahamad told The Phuket News, “It is really good news that the government has approved this project. People will have water supply in the future.

However, Mr Graisorn admitted that there is still a long way to go before the project will see water actually delivered to Phuket from Phang Nga.

“I will know more details next week,” he said. (See story here.)