PHUKET: A team of officers led by the Phuket branch of the Internal Security Operations Command (Isoc) have reclaimed five rai of land in the Nakkerd Hills in Rawai after a court order confirming that the land was protected forest.

environmentnatural-resourcescrime
By The Phuket News 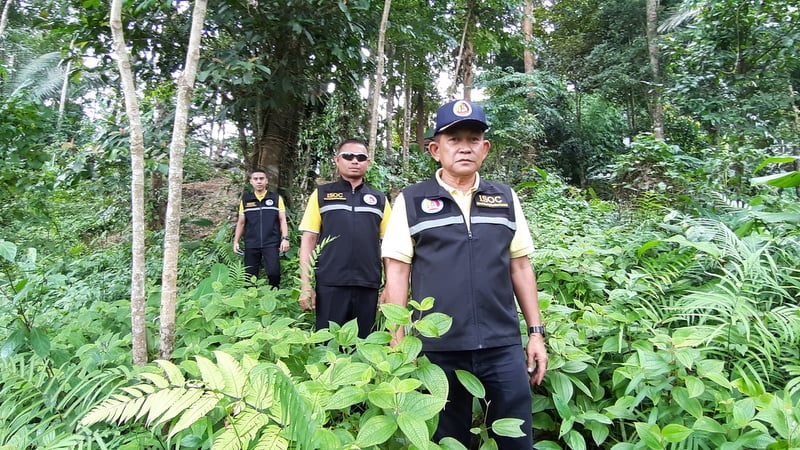 The officials from Isoc, which serves as the political arm of the Thai military, led the team to reclaim in the land in Moo 4, Saiyuan in Rawai on Thursday (Sept 19).

In reclaiming the land the team cut down some 250 fruit and rubber trees.

Paisarn Nupiphai, Chief of the Natural Resources and Environment Phuket office, explained that his officers had cut down rubber trees at the site twice before: once on Sept 26, 2018, and again on Nov 9, 2018.

“Our officers returned to the site on Dec 2 last year and saw news trees planted there. They filed a formal complaint with Kamala Police the next day,” he said.

After no one presented themselves as the owner of the structures or the fruit and rubber trees planted in the area, the court ordered officials to remove them, he added.