SAMUI: One of Asia's biggest regattas and the final of the Asian Yachting Grand Prix, the Sawadee.com Regatta Samui 2011 has grown to attract the best yachts in Asia and a large spectator following who come for great sailing, great parties and many other events that occur during one incredible week each year. 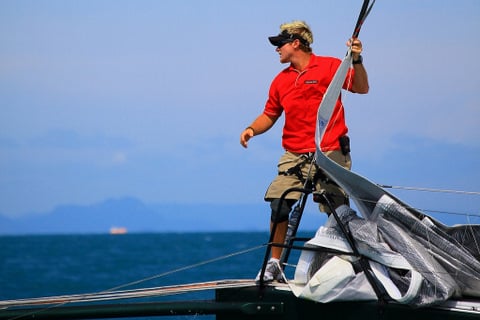 One of Asia's biggest regattas and the final of the Asian Yachting Grand Prix, the Sawadee.com Regatta Samui 2011 has grown to attract the best yachts in Asia and a large spectator following.

This years’ event starts on May 30, and runs through to June 4.
The regatta was founded in 2001. Starting with just 11 boats, the event grew every year with an extensive number of beach cats making up much of the fleet. By the Third year the regatta had achieved international status and was beginning to attract a number of boats from overseas including Hong Kong, Singapore and even Australia.
The regatta continued to grow and cemented its importance to the Asian yachting scene by being the last regatta in the Asian Yachting Grand Prix series. After 8 races in 5 countries, this means that the overall grand prix results often come down to how well yachts perform in Samui.

The regatta was purchased in late 2007, and management of the regatta was outsourced to professional Bangkok based event organizers, MobyElite, ensuring a bright future and the ensuing growth of the regatta.
This future was further cemented when island based business, Web Sawadee, came on as a principal partner for 3 years allowing the regatta to further raise its profile. This years’ event once again promises to be an exciting climax to the 2011  Asian Yachting Grand Prix, which for fans is an event you simply cannot miss.
For more information on the regatta, accommodation suggestions and all-in holiday packages, you can visit the official website at www.samuiregatta.com.