PHUKET: A 10-year-old Russian boy on holidays in Phuket with his family escaped serious injury today (April 24) when the boat hauling the parasail he was riding in at Karon Beach stalled from a plastic bag in the water. 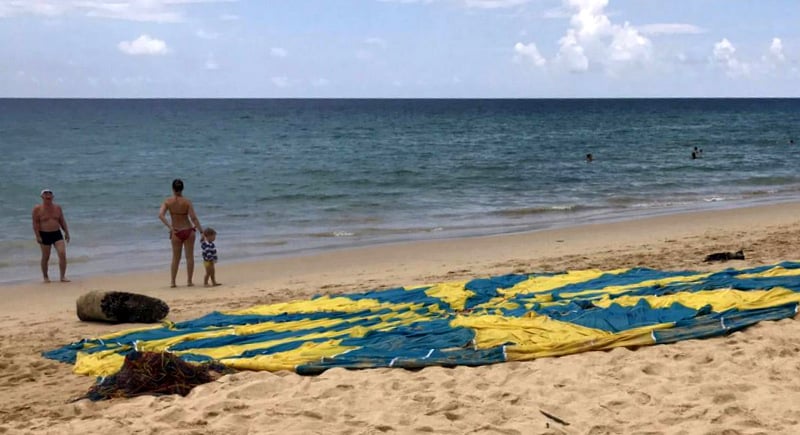 Russian boy Timur Gadylshin, 10, on holidays in Phuket with his family, escaped serious injury in the fall after the parasail collapsed. Photo: Karon Police Karon Police were called to the scene, at the southern end of the beach, at 11:50am.

“Noppadon Nakheepaet, the parasail assistant riding in the sky with the child when they fell explained that the boat was being driven by Suriya Rukkha, 34,” Capt Weerayuth said.

“He said that Suriya told him that the boat stalled after a plastic bag became entangled around the propeller.

“Mr Suriya tried to steer the boat in order to bring the Mr Noppadon and the child safely to the ground, but the parasail collapsed while they were still a little more than two metres in the air,” Capt Weerayuth said.

Timur and Mr Noppadon were both taken to Patong Hospital, he added.

“They have both been discharged from the hospital already,” he added.

Police have yet to decide whether to press any charges for the incident, Capt Weerayuth also confirmed.

“We are continuing our investigation,” he said.