PHUKET: The dates for the annual Phuket Vegetarian Festival have been announced, with the world-renowned event this year to be held on October 1-9. 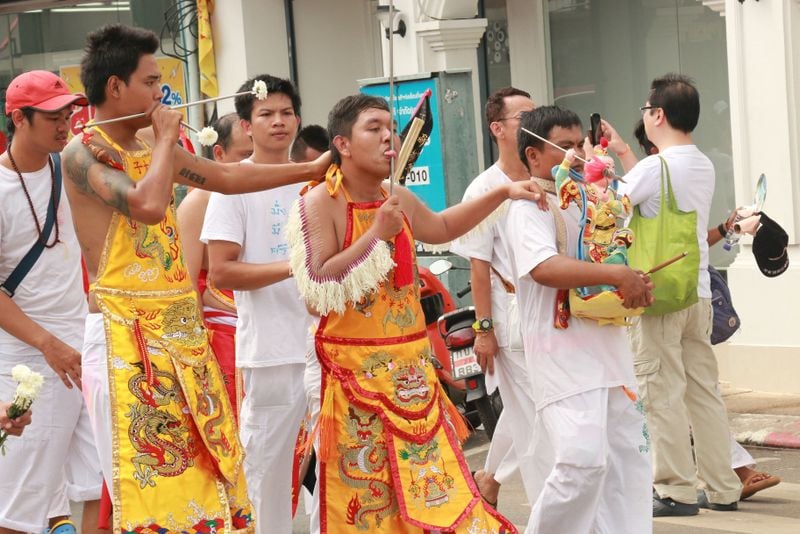 Phuket Vice Governor Prajiad Aksornthammakul announced the dates for the 2016 Vegetarian Festival at a meeting at Provincial Hall on Thursday (Aug 18), and vowed that security will be a top priority.

V/Gov Prajiad explained “The Phuket Provincial Office together with the Phuket Shrines Association and relevant government departments will organise the festival this year and we have set the dates for the festival from October1-9.

“This festival is one of Phuket’s oldest festivals. The festival aims to preserve cultural heritage and pass on traditions down to the next generation,” he said.

“We set up 11 committees headed by the Phuket Governor to organise the festival. The committees will oversee areas such as security, traffic, public health, medical units, fire-cracker control and more to keep things running smoothly during the festival.”

“Security will be our top priority and all officials involved in this event have been advised,” V/Gov Prajiad said.

“We will increase security measures, especially on October 2, when we will held a prayer ceremony to honour HM King Bhumibol Adulyadej at Saphan Hin,” he concluded.

The annual Phuket Vegetarian Festival is held over nine days usually in October. The event celebrates the beliefs of the Chinese community in Phuket that abstinence from meat, alcohol, sex and stimulants during the ninth lunar month of the Chinese calendar honours the gods and will deliver devotees good health and an elevated state of spirituality.

Among the best-known aspects of the festival are the various – and sometimes gruesome – ceremonies held to invoke the gods include fire-walking, body piercing and other acts of self-mutilation by Mah Song devotees, who are “possessed” as mediums of the gods for the duration of the festival.