WORLD: US Supreme Court Justice and liberal icon Ruth Bader Ginsburg died yesterday (Sept 18), opening a crucial vacancy on the high court expected to set off a pitched political battle at the peak of the presidential campaign. 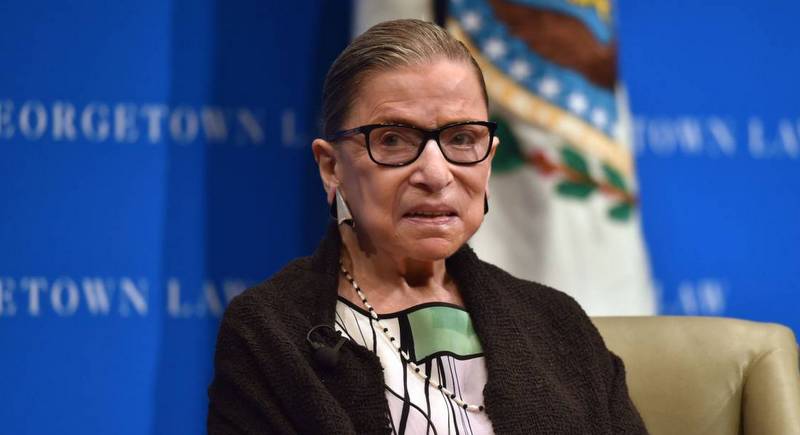 Affectionately known as the Notorious RBG, the 87-year-old Ginsburg was the oldest justice of nine on the Supreme Court. Photo: AFP.

Affectionately known as the Notorious RBG, the 87-year-old Ginsburg was the oldest justice of nine on the Supreme Court.

She died after a fight with pancreatic cancer, the court announced, saying she passed away “surrounded by her family at her home in Washington, DC.”

Coming just 46 days before an election in which President Donald Trump lags his Democratic rival Joe Biden in the polls, the vacancy offers the Republican a chance to lock in a conservative majority at the court for decades to come.

Trump - who was told of Ginsburg’s passing while on the campaign trail - issued a statement praising her as a “titan of the law,” but gave no indication whether he intended to press ahead with a nomination.

Accolades flowed in for the pioneering Jewish justice, from former president Jimmy Carter who called her a “beacon of justice” to Hillary Clinton who thanked her for paving the way for “so many women.”

In Washington, hundreds of tearful mourners headed to lay flowers and light candles in front of the Supreme Court, where the diminutive Ginsburg sat for 27 years, even taking arguments and issuing opinions from her hospital bed after repeated bouts with illness over the past two years.

The appointment of a sixth conservative justice could lead to a court that would potentially remove abortion rights, strengthen the powers of business, and water down rights provided minorities and the LGBTQ community over the past three decades.

Within minutes of the news of her death, the enormous political battle had begun - with Democratic White House hopeful Joe Biden warning Trump had no right to name a successor so close to the November 3 election.

Democrats are expected to fight tough to force a delay - an uphill battle given the control Trump’s Republicans have on the Senate, which must approve any nominee.

Born in Brooklyn in 1933, Ginsburg was a law school star when women didn’t study law, and a law professor with a powerful impact establishing rights for women and minorities.

She died on the evening that marked the beginning of Rosh Hashanah, the Jewish New Year. According to tradition, those who die during the holiday are revered as a “tzaddik,” or a person of great righteousness.

Trump, campaigning in Minnesota, was on stage at a rally when the news broke, and was informed of her passing by reporters after his speech.

“She just died? Wow. I didn’t know that," he said. “Whether you agreed or not, she was an amazing woman who led an amazing life.”

He later issued a formal statement in her honor, as the White House and Congress lowered flags to half-staff.

Bader’s death gives Trump the opportunity to tilt the court to the right, potentially for decades, with media reporting that a new nominee could be quick.

But it also has the potential to mobilize voters on the Democratic side - against Trump and congressional Republicans come November.

Trump himself said in August he would have no qualms about naming a new justice so close to the election, and last week unveiled 20 names of possible choices, all deeply conservative.

Biden was referring to Senate Majority Leader Mitch McConnell’s decision in 2016, in president Barack Obama’s last year in office, to block Obama’s court nominee so that Trump could name his own the following year.

In a statement Friday McConnell rejected the notion he had set a precedent.

“President Trump’s nominee will receive a vote on the floor of the United States Senate,” McConnell said.

Ginsburg herself was acutely aware of the stakes of her health on the court balance, and her fans fretted at her increasingly frequent trips to the hospital over the past two years.

According to NPR radio, Ginsburg raised the issue this week with her granddaughter Clara Spera.

“My most fervent wish is that I will not be replaced until a new president is installed,” she said.