PHUKET: The Phuket Smart Bus has stopped running, again, due to the lack of people on the island using the service

tourismviolence
By The Phuket News 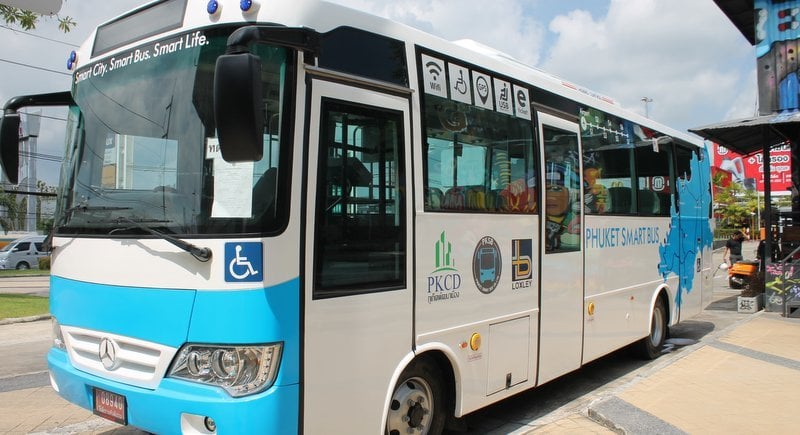 Phuket Smart Bus is out of action again due to lack of tourists. Photo: Shela Riva / file

The Smart Bus stopped playing its way from the airport to Rawai yesterday (Jan 19).

The Phuket Smart Bus is the only true form of public transport on the island that carries passengers from one tourism beach resort town to another all along Phuket’s west coast.

The suspension of the service comes as a result of the number of people on the island plunging as domestic tourism remains plagued by the current COVID-19 situation elsewhere in the country, Phuket Smart Bus Co Ltd (PKSB) General Manager Wanida Nimnuan told The Phuket News.

“As there are fewer tourists on the island, which means far fewer passengers, the Phuket Smart Bus service had to be suspended due to the COVID-19 situation,” Ms Wanida said.

“At this time, we were still unable to confirm on which date the service will resume. The Phuket Smart Bus will start rolling again as usual when the situation improves,” she added.

The Smart Bus service resumed in November after more than eight months out of action since the ‘tambon lockdown’ in April last year.

However, even when resuming the service in November, Ms Wanida noted that it was for a trial period only to assess the level of demand.