Hunt on for suspect who robbed elderly Phuket Town man

Hunt on for suspect who robbed elderly Phuket Town man

PHUKET: Phuket City Police are searching for a suspect who broke into the house of an 85-year-old man and robbed him in Phuket Town last Saturday (Nov 21). 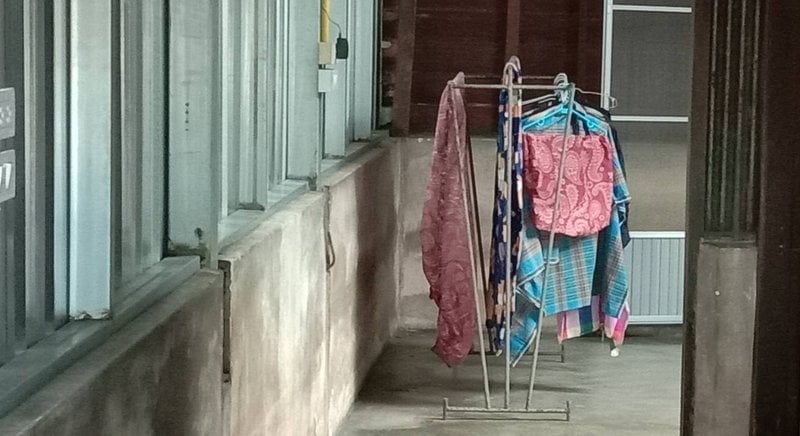 The area where the thief is believed to have entered and broken into the property. Photo: Eakkapop Thongtub Chunthong Eekananwariya was at home in his rented property at Komarapat Rd, Talat Yai, when the incident occurred just before 9pm last Saturday.

“I was home alone when the man appeared to access the back door of the property from Komarapat Rd,” said Mr Chunthong.

CCTV footage, which has since been shared and gone viral on social media channels, showed Mr Chunthong chasing his assailant from the room with a wooden walking stick.

The assailant fought back and pushed Mr Chunthong to the ground before searching the property then escaping. Mr Chunthong said the thief made off with some money although he was unsure as to the exact amount that went missing.

Headman of the community at Komarapat Rd, Wisut Boonchang, said he was informed of the incident by a nearby grocery shop owner. Mr Wisut spoke with Mr Chunthong to clarify the events then shared the CCTV footage on the community LINE group in the hope someone would be able to recognise and identify the thief.

“Some people believed that this young man had just recently been released from Trang prison although no one was absolutely sure of his identity,” commented Mr Wisut.

Mr Chunthong was accompanied by relatives on Nov 23 to Phuket City police station where he filed an official complaint. Police confirmed they have lodged the complaint and are officially looking to locate and apprehend the man.