THAILAND: The Royal Thai Police is working with Interpol to arrest Red Bull scion Vorayuth “Boss” Yoovidhya and return him to stand trial in Thailand, the government said yesterday (Sept 22). 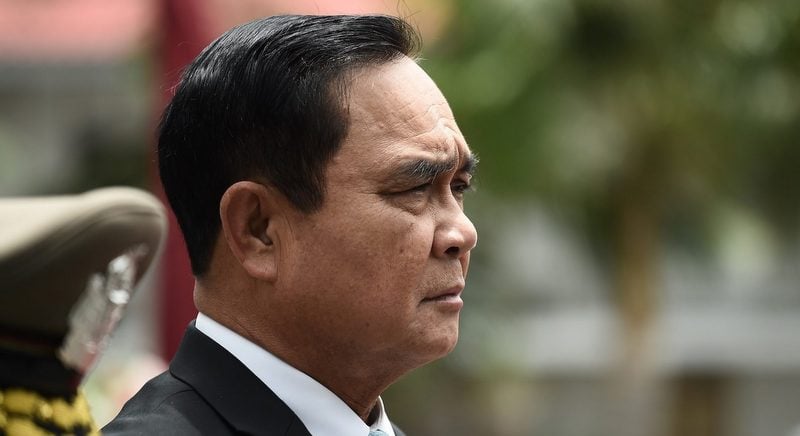 “There must not be any delay in arresting and extraditing Mr Vorayuth when he is found,” PM Prayut said yesterday (Sept 22). Photo: AFP.

Prime Minister Prayut Chan-o-cha said he had instructed all relevant agencies to do what they can to bring Mr Vorayuth back to the country after Thai police asked Interpol to issue a “Red Notice” for him.

“There must not be any delay in arresting and extraditing Mr Vorayuth when he is found,” the premier said.

The Public Sector Anti-Corruption Commission (PACC) was seeking a response to the Red Notice request, he said.

Meanwhile, the resignation of deputy attorney-general Nate Naksuk has not yet been approved.

Department of the Public Prosecutor Commission chief, Athapol Yaisawang said the resignation could be put on hold for three months. The department had not yet conducted any investigation against him, he said.

Mr Nate, who signed an order to drop the reckless driving causing death charge against Mr Vorayuth, tendered his resignation last month, but said his decision was above board. He said in his resignation letter that he thought it best to resign to protect the image of the Office of the Attorney-General.

Mr Athapol said a probe against the prosecutor could be launched after he finished reading a 6,000-page report by the Vicha Mahakun panel investigating officials’ mishandling of the case.

According to Mr Athapol, the department has asked the PACC, a coordinator between the Vicha panel and the department, to provide it with all the voice clips and the full report.

The attorney-general had set up a panel to investigate allegations prosecutors were helping the Red Bull scion, but the panel later resigned, Mr Athapol said.