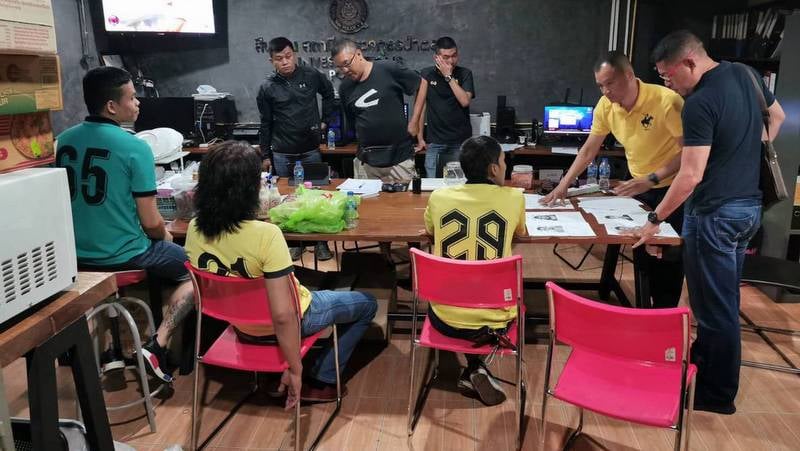 Pakorn Pongseeda is in police custody after he escaped to Phang Nga. Photo: Patong Police Col Anotai told The Phuket News today, “The two men had argued many times in the past. This time the argument escalated into a physical fight and as Pakorn Pongseeda was subdued, he pulled out a knife and stabbed Anuchet Chanwichit once in the right abdomen.” (See story here.)

CCTV footage and witness statements revealed that Mr Pakorn was headed towards Phang Nga, so Patong Police coordinated with police in Phang Nga which led to the capture and arrest of the suspect.

“As Mr Pakorn approached the mainland, he stopped on Sarasin Bridge and threw the knife in the sea,” Col Anotai said.

“We now have him in custody at Patong Police Station. He has been charged with murder and will be taken to court today.”