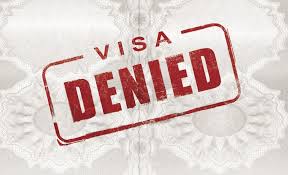 “Every immigration post on land borders and at airports now has the same rules.

“If they are genuine tourists that's fine. But if we believe they are not tourists, they will not be readmitted into Thailand.

“We can see [from their passport stamps] if a foreigner has stayed in Thailand too long [on tourist visas]. We will not let them in.”

The impending clampdown has been a while coming, and has been applied in stages, with some Immigration posts ahead of others.

On May 13, the then-national head of Immigration, Lt Gen Pharnu Kerdlarpphon explained to The Phuket News, “Lots of nationalities come to Thailand on tourist visas but they come to work. I really want them to do the right thing, not to try to dodge around the law and evade taxes.”

Immigration has also begun to apply blacklisting to people who overstay their permits to stay in Thailand.