Phuket History: The influential position of women in Phuket

Phuket History: The influential position of women in Phuket

Over the centuries, the comparatively small population in the central Asian peninsula region that encompasses Phuket meant women were more highly valued than in more populous India and China and therefore had more rights, autonomy and economic independence. Actors dressed as the famous Phuket Heroines at an event celebrating the rich cultural history of Phuket. Photo: Mark Knowles 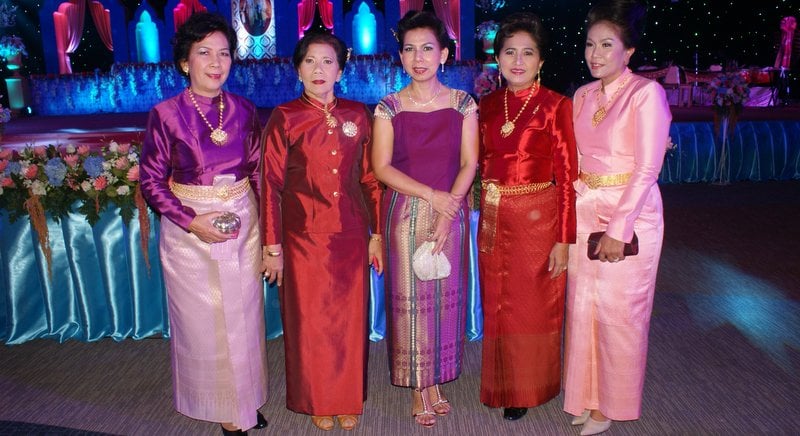 One 19th century French visitor, Henri Mouhot, wrote that in Siam, “women enjoy greater liberty than in almost any other oriental land… in the bazaars and markets nearly all the buying and selling is done by them.”

Antonio Galvão, a Portuguese visiting the region in 1544, noted, “the more daughters a man has the richer he is.”

Family lines were often matrilineal. At weddings, as is still the case today, the bridegroom paid money to the bride’s parents, the reverse of the custom in most other parts of the world. Tome Pires, the Portuguese commentator, explained in 1515, “the man must give the women ten tahil and six mas of gold as dowry, which must always be actually in her power.”

Divorce was easy, as the 16th century commentator Antonia de Morga noted, “Husband and wife may part again at pleasure, dealing their goods and children without further circumstance and may remarry if they think good without fear of shame or punishment.”

In 1462 the rather shocked Arab navigator, Ahmad Ibn Majid, noted that Malays “do not treat divorce as a religious act.” Even under the later influences of male-dominated Confucianism, Hinduism, Buddhism and Islam, this indigenous trait still remains strong in the peninsula. In Muslim Malaysia for example, divorce rates are still well above the norm for Islamic societies.

Siamese and Malay women traditionally ran the household and the financial affairs. Ma Huan, the scribe to Admiral Cheng Ho, wrote in the 15th century, “It is the Siamese custom that all affairs are managed by their wives. Both of the lords and the common people, if they have matters which require thought and deliberation – punishments light and heavy, all trading transactions great and small – they follow the decisions of their wives, for the mental capacity of their wives certainly exceeds that of the men.”

George Earl, the British military officer who visited Siam in the early 19th century, concurs with Cheng Ho’s earlier statement, “The women indeed may be said to compose the most important portion of the community. They transact the greater part of the mercantile business and are the principal cultivators of the soil, cheerfully undertaking the most laborious employments in the support of their families… The males affect to consider the women in the light of an inferior order of beings, but these lordly personages seldom enter upon any undertaking without first consulting their wives.”

The Scottish trader Alexander Hamilton, who visited Phuket in 1727, also agreed, “The women of Siam are the only merchants in buying goods and some of them trade very considerably”. The famous English buccaneer William Dampier in 1699 noted that in Siam all the moneychangers were women. In 1699 one Chinese visitor to peninsular Siam recorded that, “The women are very good at trade so the traders who come here all tend to marry a woman to help them trade.”

Chou Ta Kuan (Zhou Daguan), another Chinese visitor to the region as early as the 13th century, said the very same, “It is the women who are skilful in commerce. Thus a Chinese who arrives down there and takes a wife profits in addition by her commercial aptitude.”

This is all rather remarkable, given that women were never educated formally. Jeremias Van Vliet, the 17th century Dutch East India Company’s Ayutthaya station chief, tells us that Siamese boys were sent to the wat (Buddhist temple) at about seven years of age to learn basic literacy and numeracy, but “girls seldom learn to read or write.” Nevertheless, women often held high positions in the peninsula.

Kings in Ayutthaya, for example, kept a female guard in their palace, as they were trusted more than men not to murder their ruler in the night. Sultan Al Mukammil, the 17th century ruler of Aceh, put a woman in charge of his large navy “for he would trust no other”.

Women were often sent out as negotiators in wars and political affairs. The Portuguese Fernao Mendes Pinto in the 16th century tells us, “The reason they give us is that… God has given more gentleness and inclination to courtesie, yea and more authority, to women than men, who are more severe.”

The kingdom of Patani, through its most powerful period in the 16th and 17th centuries, was led by powerful queens and in Phuket it was the two heroine sisters, Chan and Mook, who famously led the defence of the island in 1785.

Still today in Phuket, over half of all registered businesses are owned and run by women and Thailand also has the highest percentage of female CEOs running public companies in the world.

Adapted with kind permission from the book ‘A History of Phuket and the Surrounding Region’ by Colin Mackay. Available at bookshops and Amazon.com. You can order the softcover 2nd edition directly at: www.historyofphuket.com