PHUKET: Having already made an impressive start to the season under Chairman Pamuke Atchariyachay, Phuket FC have revealed they are building a new training centre near Wat Chalong. 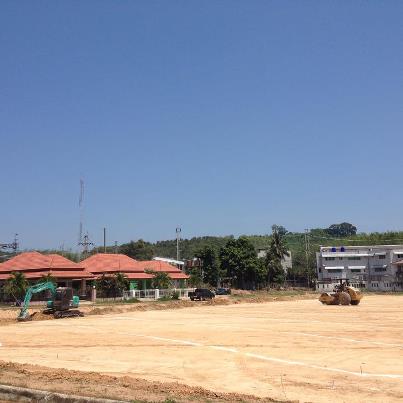 This complex is located in front of Chaofathani Village, West Chaofa Rd.

At the moment, the ground has already been leveled and a European football-standard drainage system is being built before the turf is laid at the end of the month, with the entire Sport Complex expected to be complete by the end of the year.

It has also been revealed that Phuket FC is currently negotiating with sponsors and investors to build a new home stadium.

It is “likely” to be on Chao Fa West near the Honda dealership, however its construction is dependent upon promotion to the Thai Premier League.