PHUKET: The home of a prominent chef at a Phuket five-star resort was burgled last night (June 10) with jewellery and other items with a total value of more than B160,000 reported stolen. The couple returned home to find their house had been ransacked. Photo: Eakkapop Thongtub Police found that the thieves had broken open the back door to the home. Photo: Eakkapop Thongtub Police have dusted the scene for fingerprints in the hope of cathcing the thieves. Photo: Eakkapop Thongtub 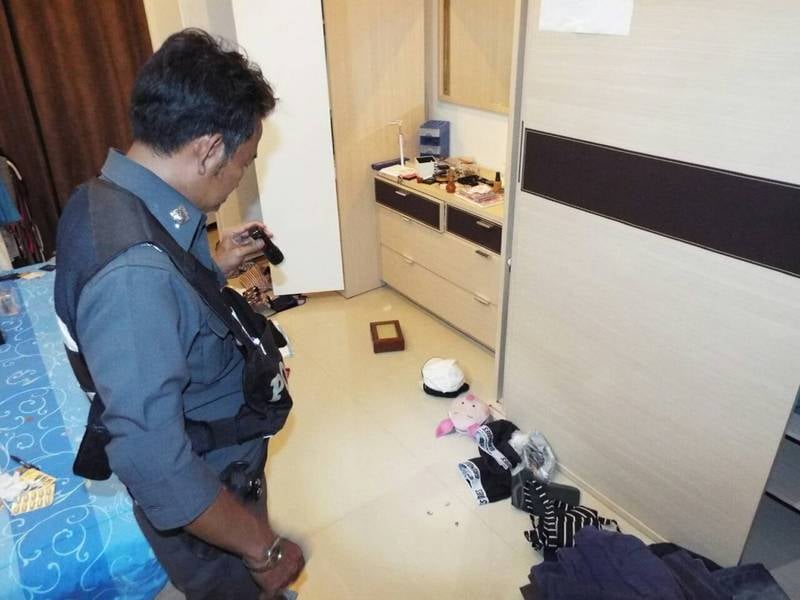 The couple returned home to find their house had been ransacked. Photo: Eakkapop Thongtub

The chef, who asked The Phuket News today not to be publicly identified, said the value of the items stolen “was much closer to B300,000”.

Lt Col Sanit Nookong of the Thalang Police was called to the home in the Permsap Villa housing estate in Baan Manik, Thalang, at 10pm.

“The couple left for work in the morning and returned home around 9pm,” Col Sanit told The Phuket News.

“They came home to discover the home had been ransacked and the bedroom door left open and all jewellery stolen,” he said.

“We found the signs of attempted forced entry at a window in the back room and a window next to the bedroom, but in the end the thieves forced open the back door,” Col Sanit explained.

“Officers are dusting the scene for fingerprints. Hopefully, we will find the suspect, or suspects, soon and bring them in,” he said.

Police checking CCTV in the area for any clues in the hope of identifying or tracking down the suspects, Col Sanit added.