patongtourismculturealcohol
By The Phuket News 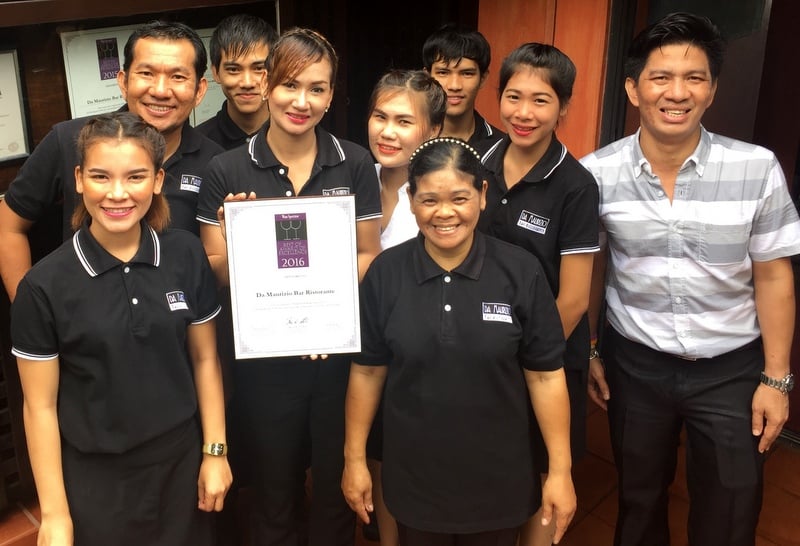 “Wine Spectator Magazine and Awards are well respected throughout the world in the hospitality industry. Restaurants strive each year with their wine lists to be accepted,” explained Sue Ultmann, Executive Manager and Marketing Director of the Baan Rim Pa Restaurant Group.

“Only 10 restaurants in the whole of Thailand have received these awards and Baan Rim Pa Group took out three of the 10 awards. This is a great honour and reflects the hard work and dedication of the Sommeliers in choosing the list,” Ms Ultmann told The Phuket News..

Only one other restaurant in Phuket received the Best of Excellence Award for 2016 – The Boathouse Wine and Grill.

The “Two Glasses” Best of Award of Excellence category this year was bestowed 1,093 winners worldwide.

“These wine lists display excellent breadth across multiple winegrowing regions and/or significant vertical depth of top producers, along with superior presentation. Typically offering 350 or more selections, these restaurants are destinations for serious wine lovers, showing a deep commitment to wine, both in the cellar and through their service team,” explains Wine Spectator on its website. (Click here.)

Only 88 venues throughout the world this year received the prestigious “Three Glasses” Grand Award.

The Baan Rim Pa Restaurant in particular is in the habit of winning awards. In June, the resataurant won the top prize in the People’s Choice awards for Best Restaurant in Thailand as voted by Chinese tourists at a Tourism Authority of Thailand (TAT) gala awards ceremony held in Bangkok. (See story here.)