Palace Hotel Tokyo, a 290-room heir to some of the city’s most exclusive real estate, opens 17 May in Marunouchi on a stunning, moat-side setting by the Imperial Palace. 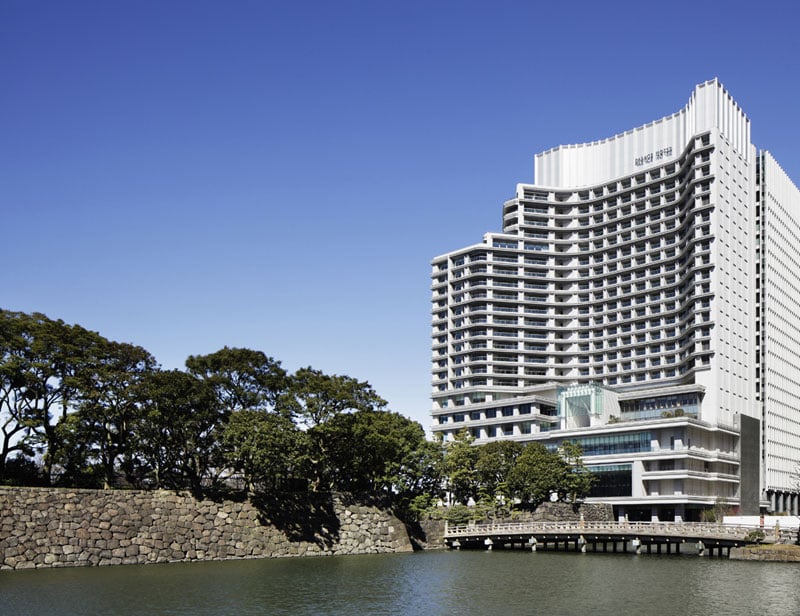 As the anchor to a USD 1.2 billion mixed-use development, the hotel’s 10 new restaurants and bars include Japanese, Chinese and French dining venues with designs on Michelin stars. In a country not otherwise known for its spa culture, the hotel is cutting the ribbon on the first ever evian® SPA in Japan. And its ownership, management and service standards are Japanese through and through.

“There is only one Tokyo, and there will only be one experience like the Palace Hotel,” said Takashi Kobayashi, the company’s president. “From the Aji stones at our entrance to the linens in our guest rooms, from the omotenashi at first encounter to the general management, we’re celebrating an unfiltered appreciation of our country’s culture.”

Its 12 categories of accommodation range from deluxe rooms, at 45 to 55 square metres, to suites that start at 75 square metres and extend to 255 square metres. Most of the rooms feature open-style bathrooms with separate soaking tubs and showers, and more than half of the rooms and suites have open terraces and balconies. And for good reason. Every guest room in the house features views of Tokyo’s Imperial Palace gardens as well as the surrounding skyline beyond.

Each room’s decor invokes the hotel’s proximity to Tokyo’s natural splendour, from the leafy carpet motifs to the earthy mix of golds and creams. Nature notwithstanding, the rooms pay homage to modern exigencies with complimentary wireless and wired high-speed Internet access, 46-inch LCD TVs and Blue-ray/DVD/CD players.

The hotel’s published room rates start at USD 625 and climb to USD 8,800 for its premium suites.

Palace Hotel Tokyo is shooting for the stars - Michelin stars - with several of its 10 restaurants and bars. “Our goal with each of these restaurants is not simply to complement our guests’ accommodation experience,” said Kobayashi “but to create several, new dining icons in this city - a constellation of opportunity, if you will.”

On the hotel’s sixth floor, the original Palace Hotel’s French restaurant, Crown, first opened in 1964, returns as a collaboration with Patrick Henriroux, who has maintained a two-star reputation at La Pyramide in Vienne, France for more than 10 years.

Also on the sixth floor, Michelin two-star Chef Shinji Kanesaka conducts operations at Sushi Kanesaka, one of a quartet of dining options under the Wadakura banner. Named for one of the six moats surrounding the Imperial Palace, Wadakura also offers up a tempura bar called Tatsumi and Go, an area dedicated to teppanyaki. Likewise, Go references the Imperial Palace’s ‘moat’ and Tatsumi is named for the ancient imperial watchtower visible from the restaurant’s main dining area.

On the fifth floor, Amber Palace plates up Shanghainese and Cantonese cuisines, leveraging the culinary expertise of the Chugoku Hanten Group, the same operator of Tokyo’s two-star Michelin restaurant, Fureika.

Beyond these stellar ambitions, the hotel offers all-day dining in its Grand Kitchen, featuring an eclectic selection inspired by various cuisines. At Sweets & Deli, the hotel’s cake and pastry shop, the chocolate is homemade and the breads freshly baked.

The hotel’s three bars each cultivate a different ambiance. In The Palace Lounge, a contemporary tea house commands the bright lofty space during the day, serving the finest home-grown leaves as well as selections from around the world. Sunset cues its conversion into a champagne and cocktail bar.

The sixth-floor’s chic Lounge Bar Privé seats 50 inside and half as many on a terrace outside, offering a vantage on Tokyo by day and by night. Downstairs in the Royal Bar, they’re smoking cigars and mixing martinis the old-fashioned way.

Historical insight: The counter in the Royal Bar is a restoration of the 1961 bar designed by ‘Mr. Martini’, the hotel’s very first (and ultimately long-time) bartender, and The Palace Lounge is home to an ivory-keyed Steinway, also original to the 1961-built hotel.

Occupying 1,200 square metres of space on the fifth floor, the hotel’s evian® SPA will be the first ever in Japan – and a future must for wellness in Tokyo. Its five treatment rooms, one spa suite and separate ladies’ and gentlemen’s relaxation lounge form the heart of the city’s most ambitious new spa. Its gentlemen’s spa area features a heated bath, reclining bath, cold plunge and dry sauna, and the ladies spa area includes a heated bath and marble sauna.

The spa’s design is a metaphorical reflection of the journey evian® natural mineral water takes through the Alps, from the loose stone garden at reception signifying the water’s source (mountaintop) to the ceiling of the treatment rooms reflecting ripples in a pond. Inspired by the same, the spa’s menu will encompass treatments themed around celestial restoration, mineral enrichment, precious nourishment and renewed vitality. Products by Omnisens and Anne Semonin will be incorporated throughout.

The Vitalising Signature, a treatment exclusively created for evian® SPA TOKYO, starts off with Japanese trigger point-style bodywork to improve the flow of Qi throughout before a Swedish-style deep tissue massage is applied to release tension and ‘trigger’ the body to naturally restore its own balance from within.

Beyond the spa, the hotel’s fitness facility is open around the clock, featuring exercise equipment by Technogym and Life Fitness. The hotel’s indoor pool is 20 metres long and three lanes wide,  and framed on one side by wall-to-wall windows and an outdoor terrace.

However enticing its natural surroundings, the hotel also claims prime frontage on Tokyo’s renowned Marunouchi business district as well as proximity to the Nihonbashi financial centre.

Eight multi-purpose rooms comprise the hotel’s meeting facilities in addition to a formal boardroom that seats 28 and two smaller meeting rooms. The signature flourish in the main ballroom is a 7-metre tall by 22-metre wide window overlooking the Wadakura moat and the Imperial Palace gardens.

Transit from the hotel into the heart of Marunouchi - and Tokyo - is brisk business. The hotel is an approximate eight-minute walk to Tokyo Station, the city’s main terminal. Closer still, Otemachi Station - one of the city’s largest subway interchanges - is a mere two-minute stroll. Narita and Haneda International Airports are 60 and 15 kilometres away respectively.

In addition to Sweets & Deli, the uppermost, underground floor houses 17 retail outlets, adding luster to the area’s growing reputation as a lively shopping and dining destination. Marunouchi Naka Dori - one of the area’s principal thoroughfares and tantamount to New York City’s Madison Avenue - is just a stone’s throw away while the famous Ginza shopping district is a leisurely 25-minute walk.

The new hotel succeeds two previous hotels, the Hotel Teito and Palace Hotel that occupied the same site from 1947 and 1961 respectively. Each was razed to make way for its successor.

Palace Hotel Tokyo is a member of The Leading Hotels of the World.