Man arrested with 800 pills of ya bah

Man arrested with 800 pills of ya bah

PHUKET: Thalang Police arrested a man in Srisoonthorn after finding him in possession of 801 pills of methamphetamine (ya bah) last night (July 17). 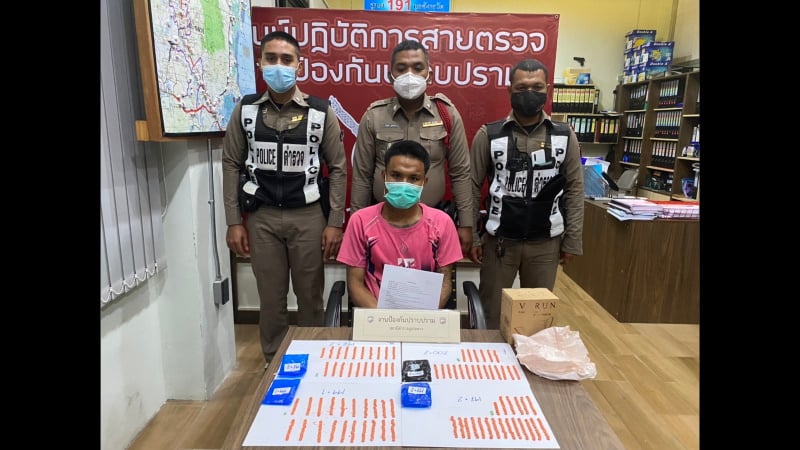 The suspect was charged with possession of a Category 1 drug with intent to sell. Photo: Thalang Police

The arrest was led by Capt Theerayut Suksa-nguan under the command of Thalang Police Chief Col Pisit Cheurnpetch at 23:10.

Officer arrested Amornthep Tharueraksa, 23, who was found with 801 pills of ya bah separated into four packs of approximately 200 pils at a house in Moo 5, Srisoonthorn.

Officer also seized a Surat Thani-registered red Honda Scoopy i motorbike as an item of evidence.

Amornthep was taken to Thalang Police Station and charged with possession of a Category 1 drug with intent to sell.