PHUKET: Two of the island’s four speed cameras have been broken for several months after they were hit by lightning. 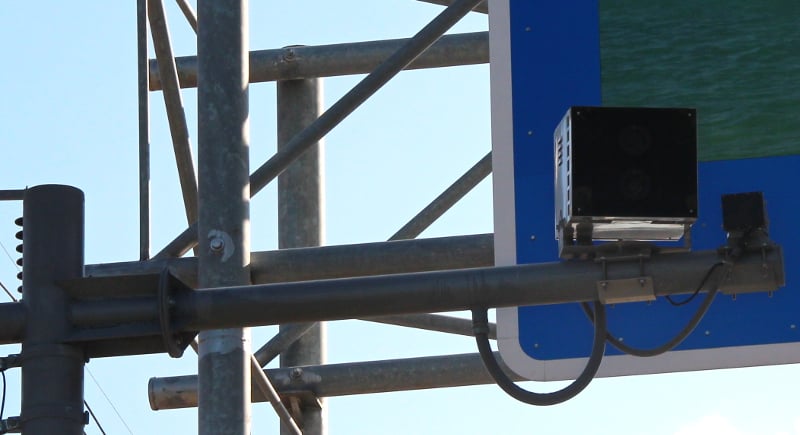 One of the two speed cams on the bypass road, both of which are still working.

The two cameras, one near the Muang Thalang School and the other near the Kor Ane curve on Thepkrassattree Rd, are awaiting repairs by a technician from Bangkok, who is expected to arrive and do the work sometime next week.

All the speed cameras are supposedly protected by lightning rods.

The Thalang camera, before it was knocked out by lighting, had snapped pictures of 2,100 people exceeding the speed limit. So far, said Lt Col Sarawut Meeboon, Deputy Superintendent of Thalang Police, 670 people have paid fines.

The Kor Ane camera has caught just 12 people. “Only a few people were caught because it is installed at the curve, where no one drives fast,” said Col Tawat. (After a woman on a motorbike was killed at the bend, local people blocked the road, forcing the installation of Himalayan speed bumps that seriously deter speeding on the bend.)

There are another two speed cams on the bypass road that are still functioning and which have snapped 670 speedsters. Of those, 260 have paid their fines.

Maj Rungrit Rattanapakdee of the traffic police in Phuket City, said, “The speed cameras work very well in daytime but the images are not so clear at night so the police can’t always decipher the correct license number.

“It is a B500 fine for anyone going faster than 120kmh, and we send the demand to their home address. If they don’t pay, then the amount is added to the bill the next time they pay vehicle tax,” he added.

Asked whether more speed cameras will be installed in Phuket, he answered, “That will depend on decisions by the Phuket Provincial Police HQ.”