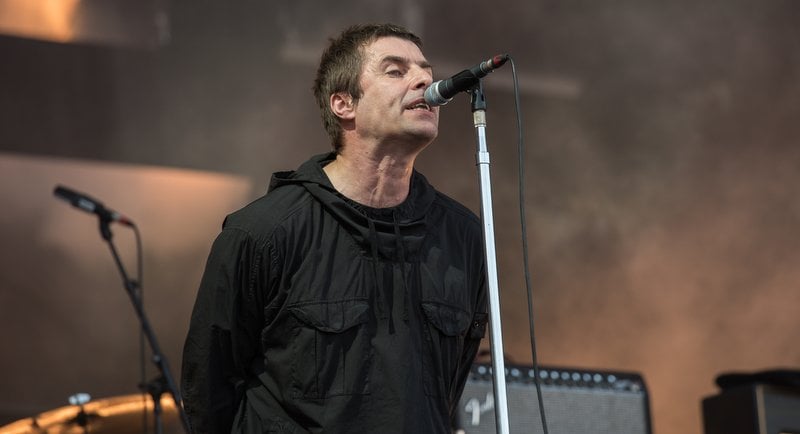 the former Oasis frontman, whose name seems forever associated with the phrase 'foul-mouthed rant', insists that he is misunderstood. Photo: Stefan Brending

Liam Gallagher has a confession to make.

"I am this big-mouthed guy who comes out with rude stuff."

But the former Oasis frontman, whose name seems forever associated with the phrase "foul-mouthed rant", insists that he is misunderstood.

"I am also a guy who is full of melancholy," the singer told AFP as his first solo album "As You Were" comes out Friday.

"There is a sadness deep inside me. I am that kind of guy. I am not here to talk about my state of mind but, hey, I have the right to, haven't I?"

Life has not been a bed of roses for the younger of the two Gallagher brothers since the break-up of the Manchester band, which during their 1990s pomp boasted to being "bigger than The Beatles".

Their spectacular implosion minutes before they were due on stage at the Rock en Seine festival near Paris in 2009 has gone down in music legend.

Liam apparently threw a plum at his older brother Noel and the two started fighting backstage, with Liam picking up Noel's guitar and "wielding it like an axe".

The brothers have since mostly communicated by trading insults in public.

"It's real, real good to come back after all these years," said Liam, now 45 and a father of four.

"The last four years were very tough for me personally," he said, referring to his divorce from his second wife, Nicole Appleton, the former All Saints star.

Artistically there's not been much morning glory either.

His attempt to rekindle Oasis's strutting magic with two other former band members petered out in 2014 after what he admitted were "two failed albums".

But now he is back and raring to make the critics eat their words. He boasted in an interview with AFP -- peppered with expletives -- that he can write "good songs" and "good albums".

He said he can almost hear the detractors sharpening their knives. In an interview with GQ magazine in August, he suggested critics would be mocking him for his two divorces, illegitimate children, with "two failed bands behind him, three bad haircuts".

But his new album, "As You Were", is full of "good songs, good vocals, rock 'n' roll, mate", he insisted. "Stuff you won't have to think too much about."

He said it has no long guitar solos, no drum solos, "no mad wizardy keyboard, just bang-in-your-face".

Gallagher said that if the album doesn't go down well "I don't know what I'll do", hinting he might quit altogether.

While Liam, who brought his dark onstage charisma to Oasis, has been struggling, Noel, who had the songwriting talent, has been thriving.

His two solo albums "Noel Gallagher's High Flying Birds" and the tellingly-titled "Chasing Yesterday" have been both warmly received.

Which has got to be galling for his younger brother given their love-hate competitive relationship?

"I never thought about people comparing what I do with Noel's work," Liam told AFP in a telephone interview.

Yet it is hard to ignore the timing of his album's release -- only six weeks before Noel's third album "Who Built the Moon?"

With both with albums and tours to promote, the Gallagher brothers are butting heads again -- or at least Liam is.

He tried to wind up his brother with a series of tweets on Friday, alleging poor ticket sales for one of Noel's shows next April in Britain.

"So Mr Kiss Arse struggling to sell tickets in Nottingham ha ha ha ha. Come and open for me if you want. Will be like the good old days."

Hours earlier he had ridiculed his brother's American fans. "You lot need your heads testing" for being willing to pay "350 dollars to go and see rkid (my brother) in the USA".

Noel -- now 50 -- held his tongue, as is his wont these days. A silence which spills over into their private dealings.

"We do not speak anymore," Liam told AFP. "And to be honest at this moment I don't couldn't care less."

But blood is thicker than water, and Liam has not given up completely on the idea of an Oasis reunion, even though his older brother is notably more reticent.

Noel recently complained that "every day people try to Jedi mind-trick me" into getting the band together again. But for now he said he was happy to go it alone, insisting he was still "totally awesome".

Asked by Rolling Stone magazine if he might be tempted for $50 million in a decade's time, he replied, "I'm in!"

In the meantime, Liam Gallagher is resigned to wait.

"If one day he wants to reform the band -- because it was him who left -- I am ready," he said. "I am hopeful that one day it will happen."