PHUKET: The ACG saw the Outrigger T20 league kick off on Sunday (July 22) with a doubleheader of cricketing action. 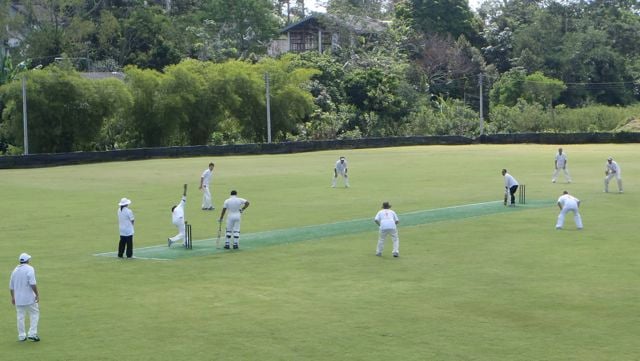 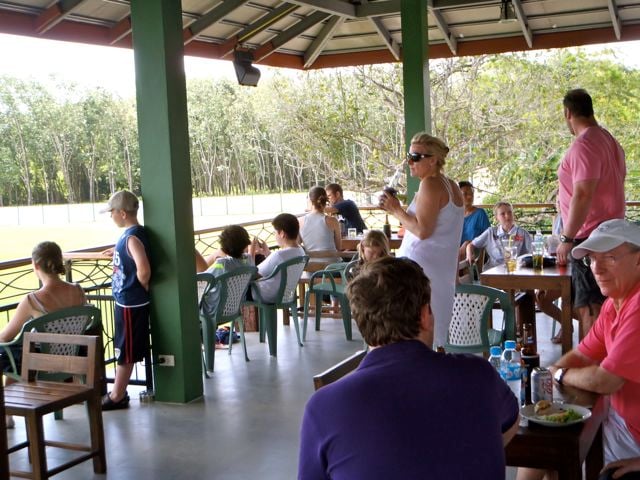 In the first match, current T20 champions, Laguna, took on arch rivals and prior season runners up, Patong, followed by the second match between ICC and the Village.

Despite this being the monsoon period, the introduction of a T20 league during the off season is possible through the ACG facility which has an all-weather wicket.

Laguna ran out winners in the first match reaching their target of 126 runs in the 16th over thanks to an unbeaten half-century by Neill Culpan.

Patong won the toss and batted first hoping to set a defendable total. They got off to a shaky start, losing opener Richie Desmond (5) in the 3rd over with the total on 12 runs.

However, tight bowling from the Laguna lads restricted Patong’s ability to score quickly, and this was reflected by them being able to reach the boundary only 5 times during their innings.

Leading batsmen for Patong were Manesh Sadarangani (32 not out) who luckily survived a run out appeal early on, Seemant Raju (22), Anthony Van Blerk (17) and Feroz Khan (16).

After 20 overs, Patong reached 125 runs for the loss of 5 wickets which was certainly a defendable total.

Despite an early set back in the Laguna innings when opener Ian Henry (4) fell in the 3rd over, Neil Culpan (57 not out) guided the team to victory. He was ably supported by Roshan Jayasuriya (20), Raj (11) and Sami Ullah (9 not out).

The Laguna lads found the boundary 12 times during their innings, which included a towering 6 into the clubhouse by Ullah, sending the spectators running for cover, followed by Culpan who hit a 6 clean out of the ground.

Laguna reached their target in the 16th over amassing 127 runs for the loss of 4 wickets. Pick of the bowlers for Patong was Seemant Raju (1 for 12).

ICC ran out comfortable winners in the second match, as the Village struggled to set a solid total after loosing early wickets and being bowled out for only 79 runs in the 14th over.

The Village innings got off to a disastrous start with both openers, Chris Gordon and Divan Mydeen being bowled for ducks. Tom Gordon (1), who came in at number 3, didn’t fare much better being sent packing back to the clubhouse shortly after he came to the crease.

Fortunately, there was some resistance by Mark Ashman (24) and Lucas Nolan (22) putting on a 32 run partner. Ashman particularly showed how to turn defence into attack from the get go. However, once he fell so did the rest of the batting line up with no other batsmen able to reach double figures.

The Village were bowled out for 79 in the 14th over with a difficult target to defend if the ICC boys got going.

With such a small target to defend, tight bowling and fielding would be required from the Village who were hopeful of some early breakthroughs.

However, opener Imtiyaz Mushtaq (39) and 21 extras (20 wides) proved to be the difference which enabled ICC to achieve a comfortable victory in the 15th over reaching 81 runs for the loss of only 4 wickets.

Next weekend at the ACG on Sunday 29th July from 9am, sees ICC take on Patong.