Into the Fire: On a beach in Phuket, an act of kindness leads British volunteer to life’s calling

Into the Fire: On a beach in Phuket, an act of kindness leads British volunteer to life’s calling

It’s 2017 and tourism is near an all-time high in Phuket. The paint on a B5 billion airport expansion is barely dry, and the terminals are teeming with international passengers. Local businesses are booming, and Phuket’s west coast beaches are packed with visitors. 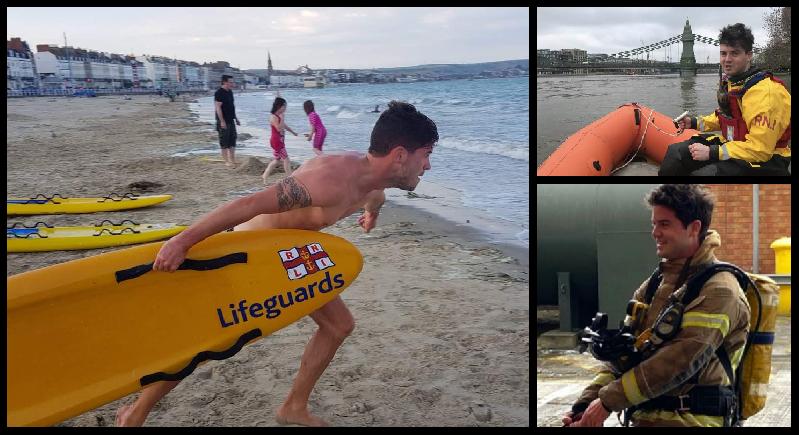 Barney Hedgecock was already a professional lifeguard from the famed Royal National Lifeboat Institution of England.

As the monsoon season approaches, the island is facing a crisis. Droves of residents and visitors alike have been drowning in Phuket’s ocean waters. Snorkeling, swimming and even wading all too often result in serious injury or death. Making matters worse, the provincial government halts funding for Phuket’s ocean lifeguards, and the beaches are left unguarded.

An international lifeguard aid organisation, the International Surf Lifesaving Association (ISLA) has been following the situation. Fearing a humanitarian drowning crisis, ISLA president Henry Reyes sends a letter directly to Thai Prime Minister Prayut Chan-o-cha pleading for the return of lifeguards to the island. There is no reply.

In steps Barney Hedgecock. A professional lifeguard from the famed Royal National Lifeboat Institution of England, the veteran lifesaver makes his move to help. Logging on to ISLA’s website, he applies to be one of 20 elite lifeguard instructors chosen by ISLA to combat Phuket’s drowning epidemic. The selection process is extremely competitive. Sixty-six other applicants to the volunteer project, all qualified lifeguards from around the globe, are turned away.

Being selected is only the first step in the volunteer process. Barney still needs to come up with thousands of dollars, just like the other volunteers, to fully fund the project and pay for his air travel. Then there’s virtual homework and team building he must complete, all before arriving on island for the training project.

“I was apprehensive about my own abilities and whether I would be able to offer anything to this party of super heroes,” recalls Barney.

“I loved chatting with my teammates during the training at Surin Beach, especially Aurelio Norte and Daniel Ferrari about their double lives as both firefighters and beach lifeguards. A career I had not previously considered suddenly became my life’s ambition.

“On return to England, I immediately began searching for firefighter recruitment anywhere in the country. I discovered that rarely did fire and rescue services in the UK recruit as it was such an elite job,” he says.

“The hospitality the instructor team shown in Thailand and the way those two spoke of the fire service, I knew I had to pursue my dream. The application process took the best part of a year with various interviews, fitness tests and skills assessments,” Barney notes.

“With much perseverance in October 2018 I found out I was successful in joining the London Fire Brigade and graduated from the training academy in December 2018. I now serve on Hammersmith Fire Stations Blue Watch whilst also part time beach lifeguarding on the beautiful Dorset coast.

“I’m still very proud of what we did in Phuket. It was a once in a lifetime opportunity.”

The writer of this article, Daren Jenner, is the Thailand Section Chief of the International Surf Lifesaving Association (ISLA).

Data literacy is the Essential Skill of the Next Decade: dunnhumby APAC
Soi Dog Foundation returns to Phuket Stray Dog Shelter, carries out vaccination drive
Young artist rises in Patong
Blazing Saddles: A dam fine ride!
Jungle Cruise, a Disney ride gone right
Luma Solves Retirement Insurance Requirements for OA Visa in Phuket
[VIDEO] Phuket, Thailand: You Should Go There #5!
Patience is a Virtue
‘Gunpowder Milkshake’ is a blast
Phuket police officers come to the rescue of dog hit by car
On Campus: Hope is only one call away
Black Widow: Return of a true Marvel
Soi Dog Foundation transports record number of rescue dogs to the US ahead of import ban
You NEED to Know This: Can you go to Phi Phi?
A Meal With... Dessert with Richard Pope!