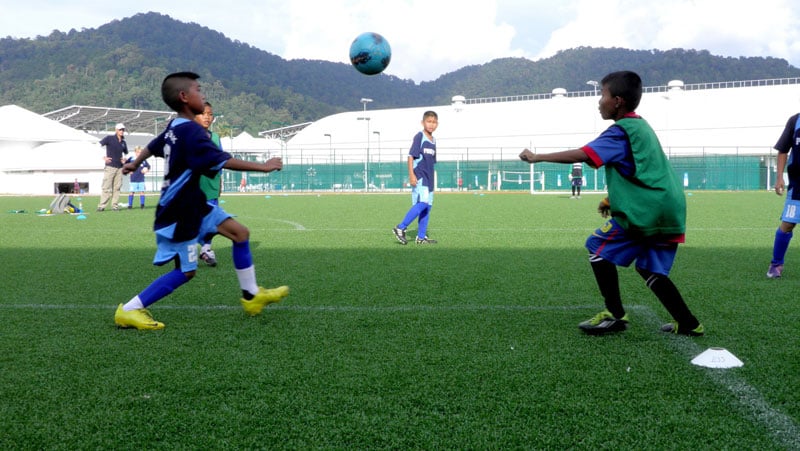 Teams from Phuket Soccer School Academy, Kajonkiet FC, Bang Jo, and Thalang all played in the Under-8, Under-10, and Under-12 divisions, with several particularly exciting games to watch.

PSS U12 Academy team played two matches, losing to Thalang in a heartbreaking 3-2 game and then drawing with Kajonkiet FC 0-0 in a game that they controlled almost from start to finish.

In the U10 tournament, PSS Academy’s Luke C scored three goals and earned Man of the Match honours in the final 2-0 win over Thalang. They tied Kajonkiet FC 1-1 in the previous match.

Bang Jo defeated PSS Academy in the first match of the U8 tournament, coming back from a goal down to win 2-1. The PSS Academy team came back in a second match to defeat Kajonkiet FC 4-0.

“[We were] delighted with the professionally run mini tournament at TSLC where all three age groups were competitive and closely matched,” said PSS Academy coach Martin Hill.