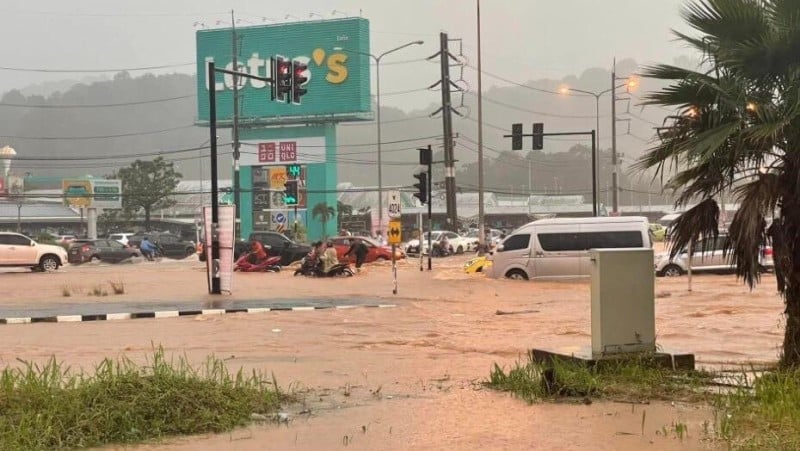 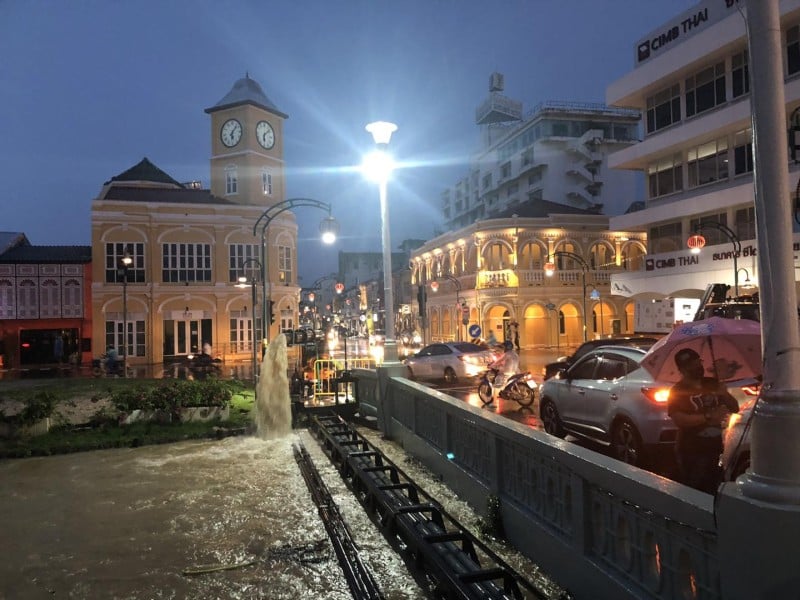 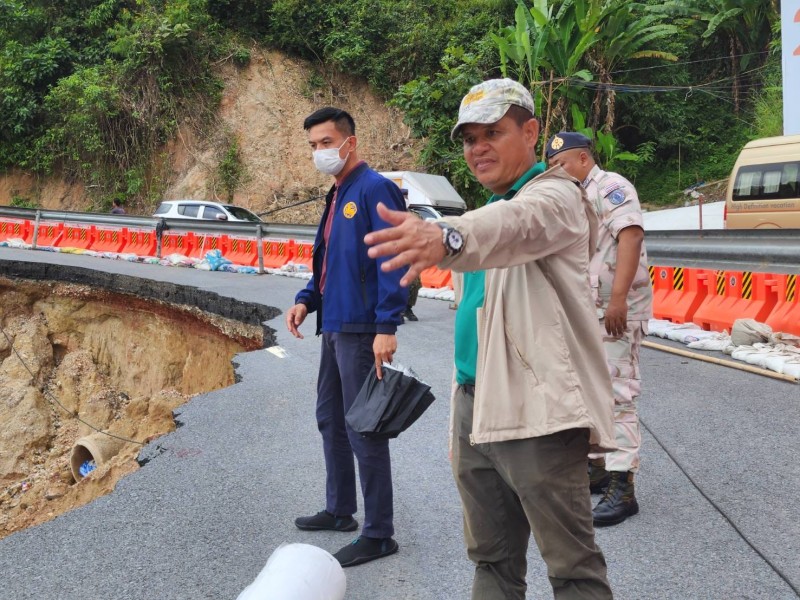 Traffic was affected ni many areas, including the Tha Kraeng Intersection in Phuket Town, in front of Blue Tree in Cherng Talay and even in front of Lotus’s on the bypass road, which rarely suffers flooding since drainage was installed as part of the underpass construction years ago.

Pumps were deployed throughout Phuket Town to help divert the rising water. The efforts appeared to have been effective, with no major flooding reported in the area.

Officers from the Department of Disaster Prevention and Mitigation Region 18 office were deployed to heavily affected areas across the island.

Chaowalit Nitrarat, Director of the DDPM Region 18 office, said that the flash flooding was exacerbated by the high tide last night

After the rains had eased, and the tide receded, floodwater in most areas drained away. Officers have been dispatched to assist in areas where floodwaters remain, he said.

DDPM officers are remaining on standby in case of further flash flooding, he added.

Meanwhile, traffic over Patong Hill slowed to a near standstill during the heavy rain last night, but was allowed to continue past the landslide site.

Officials assure they are monitoring the “level of safety” at the site to ensure that motorists will not be affected.