marineSafetyaccidentstourismtransport
By The Phuket News 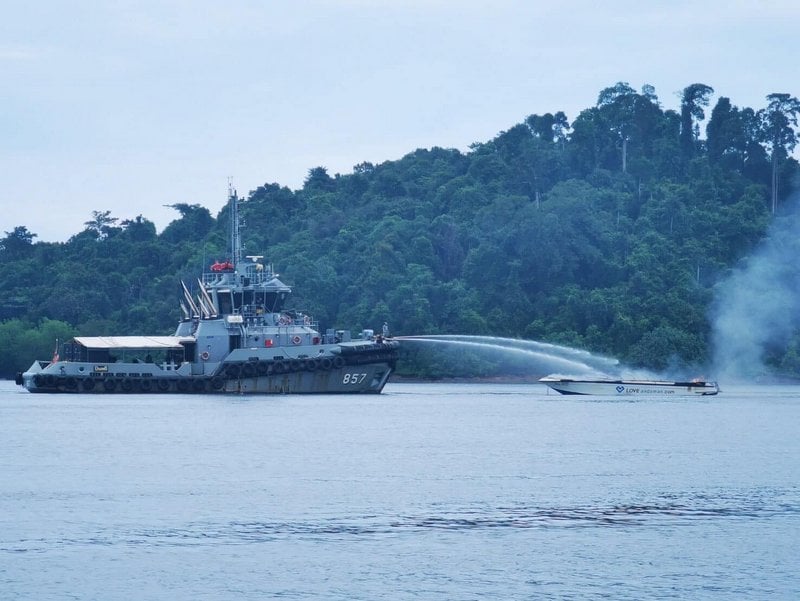 The Royal Thai Navy Third Area Command, based on Cape Panwa in Phuket, reported that its officers were informed at about 8:20am that the speedboat ‘Fiona’ had caught ablaze at Tap Lamu Pier in Thai Mueang District, north of Phuket.

Navy personnel on board RTMS Panyi were dispatched to render assistance to the five captain and crew on board and to douse the fire.

One of the crewmen explained that while he was starting the boat to check its readiness for taking tourists to the Moo Koh Similan National Park, there were sparks from the boat engine, leading to an explosion.

No tourists were on the boat at that time, the Navy reported.

Before Navy assistance arrived, the crew on board moved the speedboat away from other vessels moored in the area to prevent the fire from spreading to other boats, the crewman added.

Three of the boat crew on board suffered serious injuries and were brought to Vachira Phuket Hospital, noted the Navy report.

The other two crewmen on board suffered only minor injuries and were taken to the Khao Lak medical centre.