PHUKET: A taxi driver was killed and three tourists injured when the vehicle they were in crashed into a crane truck on bypass road this morning (Mar11). 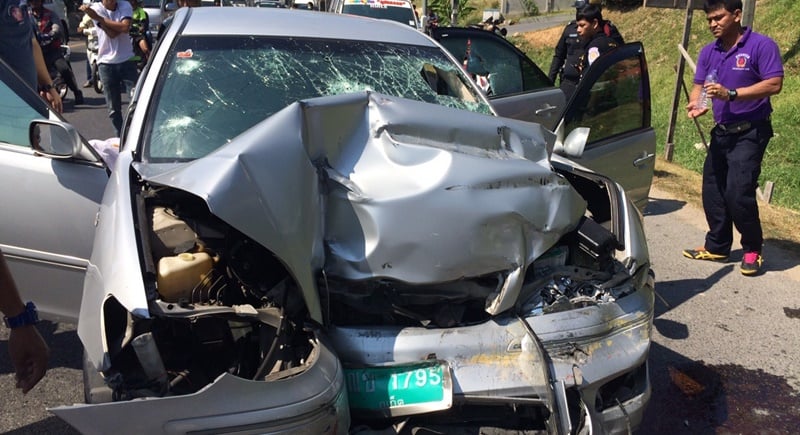 The crash happened in front of Kittichai Yota Co on Chalerm Prakiet Rd.

Lt Col Sakchai Chunyong of the Phuket City Police arrived at the scene, in front of Kittichai Yota Co on Chalerm Prakiet Rd northbound, with Kusoldharm rescue workers to find a wrecked green plate taxi in the road. Not far away was a crane truck and it’s driver, who was waiting for police to arrive.

Lt Col Sakchai said, “We were told that the taxi was heading north to drop off tourists at the airport when it collided with the truck that had just come from Kittichai Yota.

“We are talking to the driver of the crane truck to find out more information about the accident,” he said.

The body of the driver, Teerawat Phetdam, and the three injured passengers, believed to be Chinese, were taken by rescue workers toto Vachira Hospital.