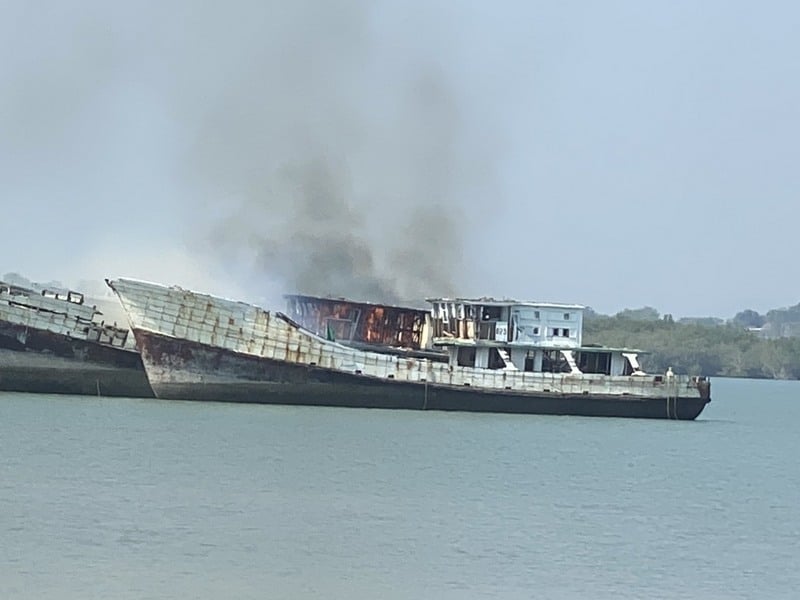 Rassada firefighters were called to the scene at about 10am.

Two of the boats suffered damage “of about 50%”, while the other three were damaged “only 20%”, officers reported.

The fire did not result in any oil spill, officials confirmed.

The Marine Department has filed a formal complaint to press charges against the owners of the boats for illegally entering Thai waters, Mr Nachaphong said.

However, despite querying relevant agencies such as Customs, Immigration, port control authorities, among others, Phuket City Police have been unable to identify the owners of the boats, he added.

“None of them have information about the ships, but Phuket Customs House informed us that they found a report about the Zhanyuan Yu 814 ship which confirmed it is a Chinese-registered ship,” he said.

“If the police do learn who the owner of the ships are, they can continue with their investigation,” Mr Nachaphong said.

“At this stage, the Marine Department is filing a request for the budget to have the ships destroyed,” he concluded.