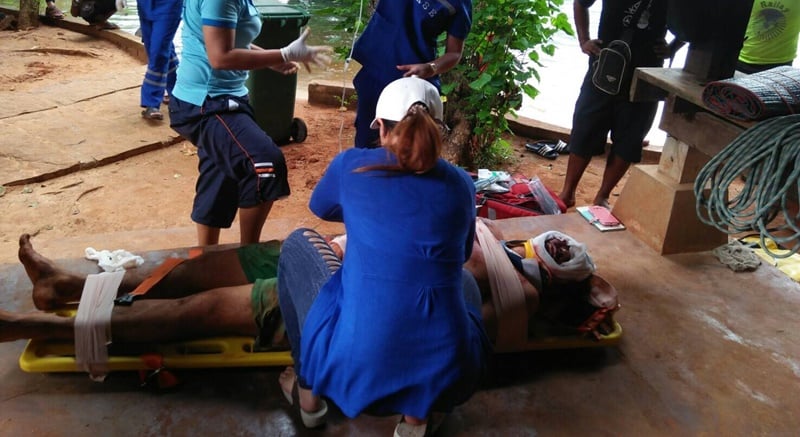 The confirmation comes following a report by news broadcaster Thai PBS on Saturday (July 1) where it was stated that, “National park officials have banned cliff climbing at Railay beach in Krabi province after three tourists fell off the cliff and were seriously injured in a month.” (See story here.)

A national park official, who declined to be named, explained to The Phuket News, "We have installed signs warning people to be careful when rock climbing in the park, but we have not banned it at all.

“The signs have been installed in some areas that are considered most dangerous to climb. People can still climb, but at their own risk,” she added.

In the most recent climbing incident at Railay Beach, a 24-year-old American tourist was admitted to intensive care after falling from a rock face during a “free solo” climb.

The tourist was identified as Eduardo Keane, 24, from Miami Beach, Florida, who was found unconscious with several wounds on his body and face. (See story here.)