PHUKET: The Thai Interior Permanent Secretary has asked Phuket officials, residents and visitors to be extra cautious following the spate of bomb and arson attacks that left four dead and dozens injured throughout Thailand’s South on Thursday and Friday.

crimeviolencetourismpolitics
By The Phuket News 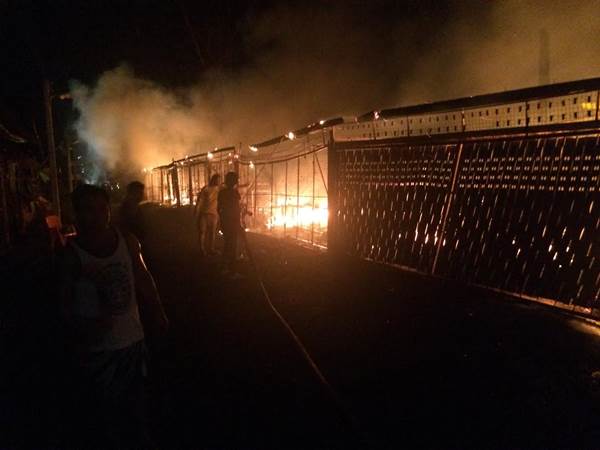 It has yet to be confirmed whether a fire in Khao Lak yesterday was linked to other attacks in the South. Photo: National News Bureau of Thailand

Despite the attacks, Mother’s Day celebrations were carried out under tight security nationwide without incident, the main event highlighted by a religious ceremony in the capital held in honour of HM the Queen’s 84th birthday anniversary, which was followed by a half-marathon that drew more than 20,000 runners.

Meanwhile, speaking in a video conference with all of the Kingdom’s 77 provincial governors – including Phuket Governor Charoen Thipayapongthada – Interior Permanent Secretary Grisada Boonrach ordered security and surveillance efforts to be ramped up nationwide.

The arson and bomb attacks, which killed no less than four and injured 34 in Trang, Phuket, Krabi, Phang Nga, Surathani and Hua Hin, reportedly caused millions in property damages.

Int Perm Sec Grisda asked for a coordinated effort among civil service, law enforcement and private security to be on the lookout for any and all suspicious activity, and to report any suspicions,incidents and leads to authorities at once.

The Interior Permanent Secretary went on to urge the public to remain vigilant, and refrain from sharing images of past attacks, which could start a panic and damage the country’s reputation.

He also recommended that the public only refer to government sources for official updates.

Following our a few handy emergency numbers for reporting incidents.