PHUKET: More than 300 surfers from around the world are expected to take part in the fourth Quiksilver Open Phuket Thailand 2012, with prizes totalling B300,000. During the press conference at Graceland. 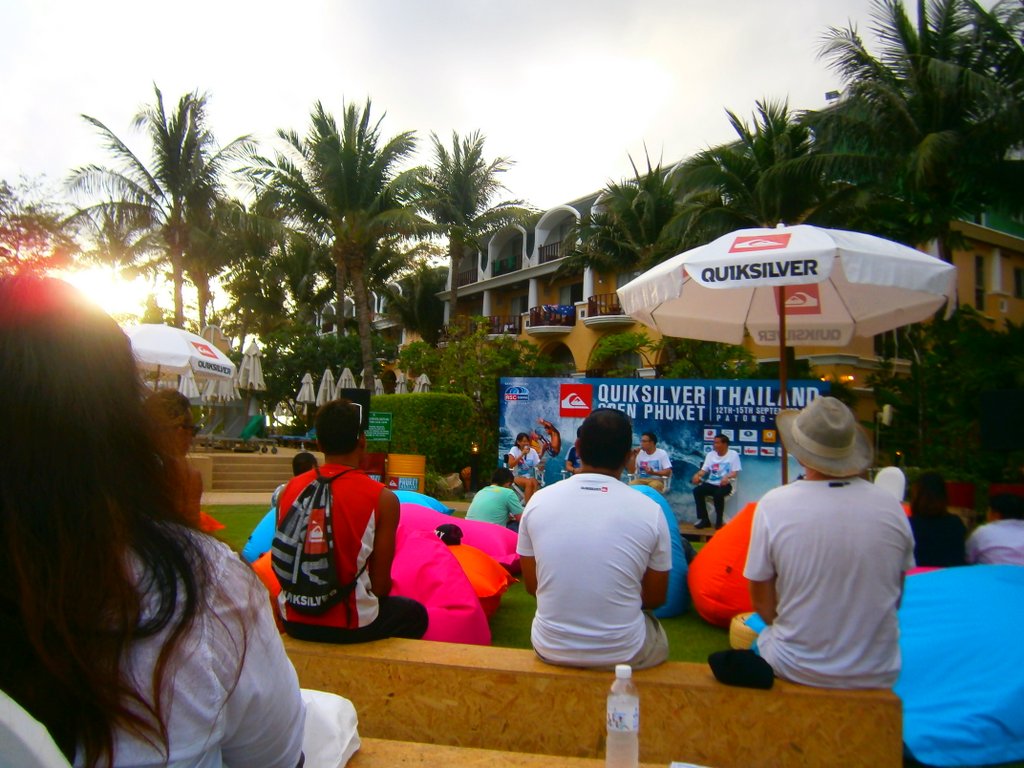 Competition will take place over three days, from September 12 to 15, at Patong Beach.

One of them will be Australian surfing champion Stephanie Gilmore, who is also a brand ambassador for Quiksilver.

There will be five divisions in the competition: open short board, open long board, short board women only, groms (up to 16 years of age) and masters division (for over-35s).

Announcing details of the competition on Thursday (August 16) at Phuket Graceland, Surachet Muangtong, General Manager of Quiksilver Thailand said, “This year, the competition in Phuket will be the last of a series of seven being held around Asia, so this will be the event at which the champions are decided.”

In addition to the surfing events, there will be a surf clinic conducted by professional surfers for anyone interested in learning to surf or to improve their technique, a fashion show, live music and demonstrations of other sports such as skateboarding.