All foreign yachts in Phuket ‘will have to have AIS system’

All foreign yachts in Phuket ‘will have to have AIS system’

PHUKET: From October 1 all foreign-registered boats coming into or staying in Thai waters will be required to have Automatic Identification System (AIS) equipment installed. 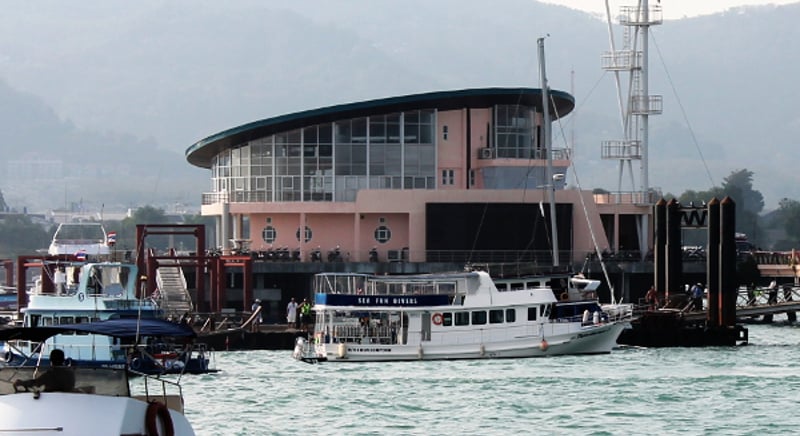 The AIS systems on boats will be monitored from the Vessel Traffic Management Centre on Chalong Pier.

The regulation is being introduced after the National Council for Peace and Order (NCPO) commanded the Third Naval Area Command to organise boats and ships along the Andaman Coast and around islands offshore, from Ranong down to Satun.

The new regulation was announced in a Provincial Announcement signed by Governor Maitri Inthusut and released today (September 4) to the media.

“Phuket province is the center of maritime tourism on the Andaman coast,” the announcement stated. “There are numerous boats from foreign counties travelling for tourism around Phuket and neighbouring islands, which causes heavy water traffic congestion. Therefore the organisation of boats in the area needs to be enforced.

“[The systems must be installed] to follow the order of the NCPO and to accord with the installed Vessel Traffic and Management System (VTMS) of Phuket [on Chalong Pier] to control the security of water transportation, to prevent maritime accidents and to secure the waters’ stability to the utmost effectiveness and benefit.”

The announcement specifies that cruise boats, motor yachts and sailing yachts must install AIS Class B systems or higher, and the system must be turned on at all times.

Violations of the regulation, it warned, “will result in punishment according to the highest law.”

Phuripat Teerakulpisit, director of the Phuket Marine Office, said, “The cost of an AIS is about B20,000-30,000 depending on the specifications.

“Places where people can buy an AIS [in Phuket] will be announced after our next meeting on Wednesday [September 10],” he added. On that day, he said, he will also explain in detail how the regulation will be applied and to which boats.

The technology has been compulsory worldwide since 2002 for all ferries and vessels over 300 tons, and the European Union is currently looking at making it compulsory for other vessels over a certain size.