PHUKET: International consultancy Roland Berger has published a 148-page report compiled in conjunction with Chinese IT giant Huawei to analyse Phuket’s critical areas in need of development and addressing how to address them through technology.

technologyeconomics
By The Phuket News 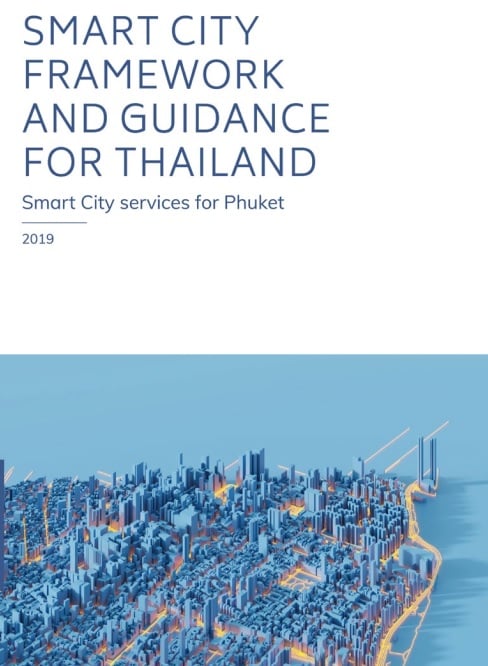 The report, titled “Smart City Framework And Guidance For Thailand – Smart City services for Phuket”, targets vital issues for Phuket’s sustainability and growth, including water and electricity management, traffic and transportation, waste management and low infrastructure development – all areas where Phuket has been struggling to keep pace with growth.  (Read the full report here.)

“Phuket is among the first wave of smart cities in Thailand. Not least due to the huge influx of tourists, Phuket has many unaddressed problems that could be tackled by using smart city technologies. Together with Asian technology giant Huawei, Roland Berger have outlined an implementation framework to help cities revamp their services with the assistance of intelligent technologies,” noted John Low, Senior Partner at the Rolad Berger Kuala Lumpur office.

“In the case of Phuket, Roland Berger have identified six smart city services that have strong potential to address pain points and enhance the competitiveness of Phuket in the short run. In a substantive step towards the fourth industrial revolution, Thailand policymakers have launched an economic model that will help to transform Thailand into a high-income nation underpinned by technology and innovation. Labelled as "Thailand 4.0" movement, the national agenda relies on industry 4.0 solutions to holistically address modern fundamental issues such as (i) economic prosperity, (ii) social well-being, (iii) human capital development, and (iv) environmental protection,” Mr Low explained.

“As Thailand's second largest tourist destination, Phuket was selected as a model for smart city development within Thailand. Approximately US$13 million (about B398.5mn ) in government funding had been commissioned to develop Phuket smart city, with a vision towards higher quality of life for the locals and a thriving tourism sector to drive its economy.

“By leveraging smart city technologies, Phuket is expected to see a 4.5% boost in local economy over the next five years,” he added.

Similar to the capital Bangkok, Phuket is categorised as a legacy city with decades-old physical and institutional structures, some of which have been pushed to the limits by sharp population growth and rapid urbanisation, noted the report.

“Phuket is one of the fastest growing Thailand cities in terms of urbanisation and visitor growth. In November 2018 alone, the visitors to Phuket reached over one million, collectively generating over B40 billion in a single month. The number of visitors and migrants in Phuket far outgrew the number of locals, forcing the government to rethink its solutions to urban city problems such as waste, electricity demand and road congestion,” it explained.

Mr Low pointed out that adoption of smart city technologies are a critical piece in Phuket’s bid to efficiently manage resources and generate high return of value.

Using a systematic scoring matrix, combined with expert insights and multiple stakeholder interviews, the 148-page report Roland Berger co-wrote with Huawei has shortlisted six smart city verticals that are seen as key priorities for the city of Phuket, he said.

The central framework and recommendations described were developed through a detailed benchmarking exercise of globally leading city services.

“The viewpoints and insights shared in this report will be relevant for cities of all types in this rapidly changing world. Any city that shares Phuket’s ambition in becoming front-runners of smart technology deployment will be able to relate with and find transferable lessons from this joint study,” he said.

Read the article man..."reduce congestion of voters" What is more important to you. The li...(Read More)

So the DSI is acting like they are honest and impartial in their evaluation of the college land, thu...(Read More)