Phuket Opinion: Can we please have a moratorium on stupidity, shame?

Phuket Opinion: Can we please have a moratorium on stupidity, shame?

PHUKET: This week’s confirmation that the volume of water released into the island’s mains supply network from the Bang Wad Reservoir has been already drastically reduced by 25% is a real eye-opener.

opinionnatural-resourcestourismconstructionproperty
By The Phuket News 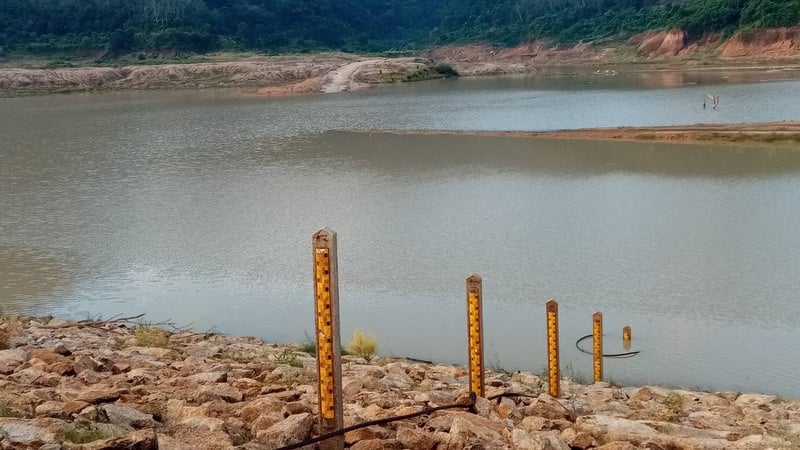 Water levels at Bang Neow Dum reservoir in Srisoonthorn have been at record-breaking lows all year, and still there has not been any mention on enforcing a hiatus on any new mass-unit property developments. Photo: PWA

The pre-emptive move to make what water reserves we have last as long as possible into the coming dry season is a far cry from the baneful ignorance earlier this year. Yet it might have been a handy point for our local leading provincial officials to at least spearhead a campaign asking the public to start conserving as much water as possible as soon as they became aware of the situation. That seems to be the normal thing to do elsewhere where water shortages are imminent.

However, events earlier this year made it plain that Phuket waterworks chief Graisorn Mahamad is in a tough spot when it comes to balancing doing his job and appeasing higher-ranking officials. He tried to introduce water rations ahead of the water supply crisis last dry season, but was then ordered to call them off as our Governor stepped into the limelight.

The Phuket News will step in to defend Mr Graisorn. His office for years has warned of likelihood of water shortages as housing and condo construction continued unabated, and as the number of tourists visiting the island grew year on year. Those pleas, and suggestions on how to avoid any such crises, fell on deaf ears.

Now, thankfully, the Office of national Water Resources has his back. The budget to buy water from private sources as an emergency measure has been approved as has the Phang Nga pipeline, of which Phase 1 is due to come on-stream in about three years.

Until then, however, we have a serious problem. We already are facing the prospect of not having enough water to see us through to the next annual rains.

With that as our immediate future, the island’s authorities are now stuck with their lack of foresight and any house, and condo projects already approved must go ahead. Ordering a halt on any projects already underway only risks sending developers into bankruptcy, with the government at fault. That just creates an entire new crisis.

Yet there still has not been a peep about a moratorium or even trying to stymie more construction on the island. That can be done right now until our water woes have been sorted out.

On that note, not so long ago one savvy developer in Kathu realised just how many projects were being built without first fulfilling all legal requirements. To mark his competitive advantage, and attract genuine buyers, he simply had put on a billboard promoting his development “EIA Approved”.

Any housing and condo developers looking to sell their units promptly might want to follow suit. Taking steps to ensure water supply to their units and telling prospective buyers “Water supply guaranteed” might work well right now. After all, who would buy any property if you had no idea whether you would have running water during the hottest months of the year?

Editor's note: All comments on this article were shut down after readers were unable to keep their comments drirectly related to the issues presented, resulting in personal attacks online. This will not be tolerated, and contravenes the terms and conditions for posting comments on this website.