PHUKET: An oil spill washing up onto Phuket beaches as tar balls has now reached from Mai Khao Beach at the northern end of the island all the way to Nai Harn Beach at the southern end of Phuket’s west coast.

marinepollutionhealth
By The Phuket News Volunteers for a beach cleanup at Kata this morning (June 17) show their hands caked with oil. Photo: Supplied 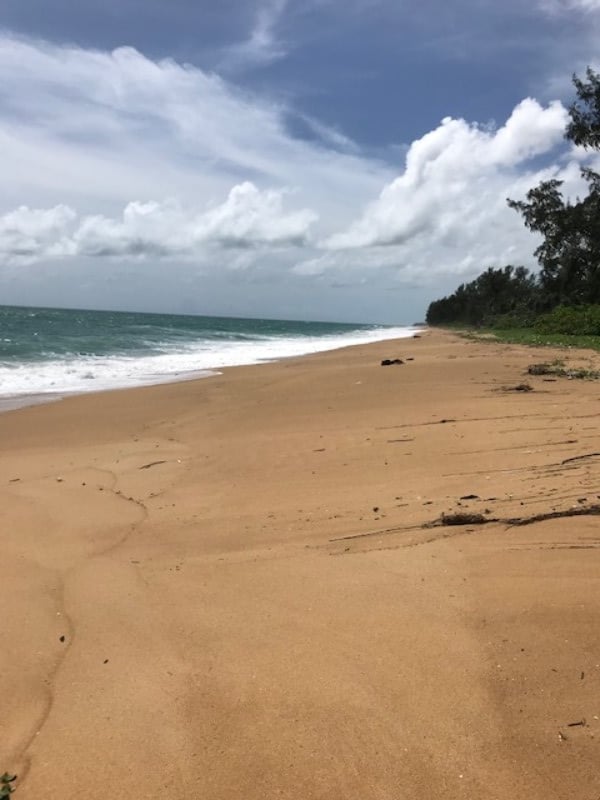 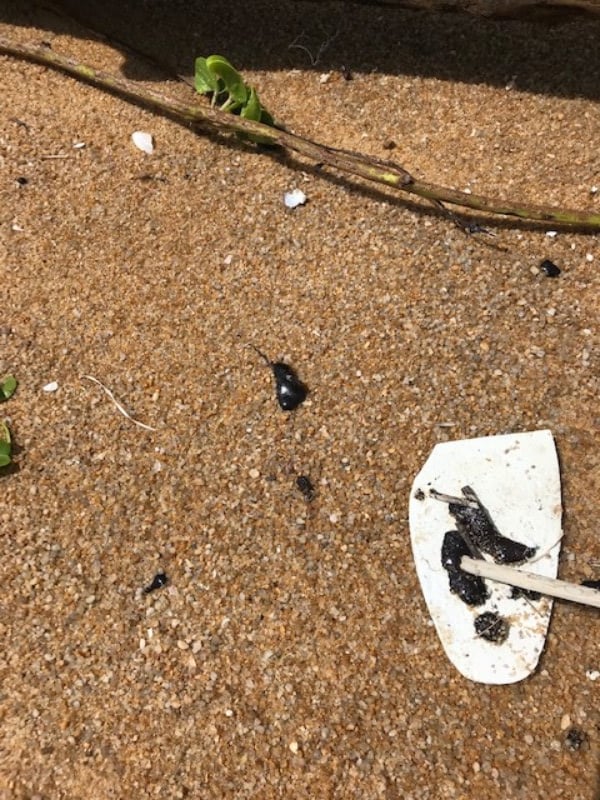 Now tar balls have been confirmed as far south as Kata Beach and even Nai Harn Beach, the southernmost beach on Phuket’s west coast, more than 37 kilometres from Mai Khao in a straight line.

At Mai Khao Beach, one local resident told The Phuket News that at first he and his partner did not realise the extent of the problem, but then realised that oil was plastered across the bottom of their shoes.

After understanding what they were looking at, the beachgoer described the situation, “There are globs of oil all over. Very bad, very sad.”

Another local resident told The Phuket News today that he first encountered the tar balls at Nai Harn last night while he was playing football on the beach.

“I saw something had stuck to the ball and I tried to wipe it off but it just smeared,” he said.

“Then when I got home I saw it all up the back of my legs, and it wouldn’t wash off,” he added.

The resident returned to the sands this morning for a beach cleanup at Kata.

“It was everywhere. We cleaned up what we could,” he said.

The Phuket News has yet to receive reports that tar balls have washed up at other beaches along the west coast, including Patong Beach, or reports that local officials have launched any response to clear the oil from the sands.