PHUKET: Phuket property company One World One Home yesterday continued its project to provide free rice to families affected by the ongoing economic crisis by handing out another 2.5 tonnes of rice at another distribution event, this time at Phuket Provincial Hall. 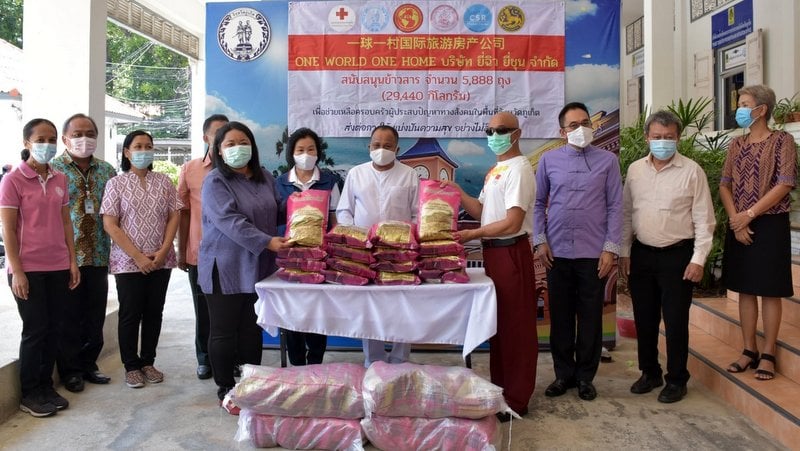 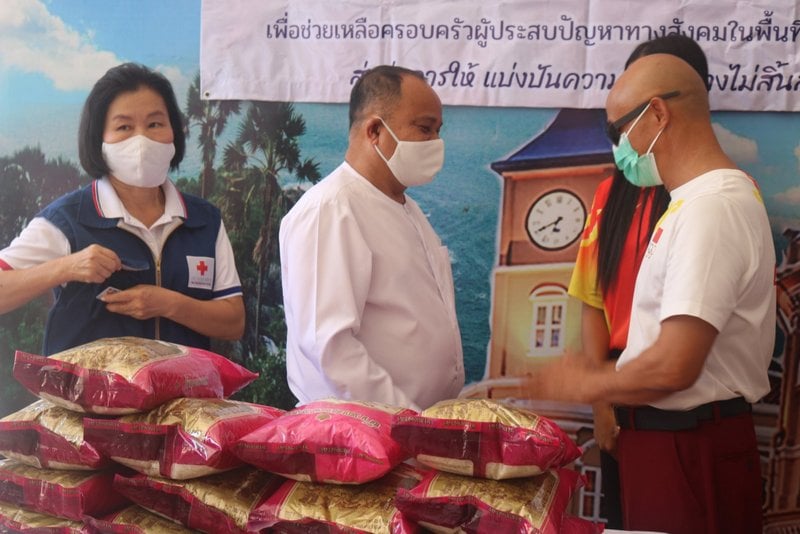 Present for the event were Phuket Governor Narong Woonciew and his wife, Ms Wandee, who serves as the current President of the Phuket Red Cross.

The distribution yesterday was held at the “CSR Phuket Center”, operated by the Phuket office of the Ministry of Social Development and Human Security.

The distribution yesterday, as with all previous rice handouts by One World, was also overseen by the Phuket Red Cross, as currently by law under the emergency decree all events that involve gatherings of people must be approved by local officials to prevent the spread of COVID-19.

In total, One World aims to hand out 5,888 bags of rice, weighing 29.44 tonnes in total, to people in need during the ongoing crisis.

The One World campaign has been running since late last year, and in January saw hundreds of bags of rice handed out directly to people in need through a food-donation campaign at the offices of the Cherng Talay Tambon Administration Organisation (OrBorTor).